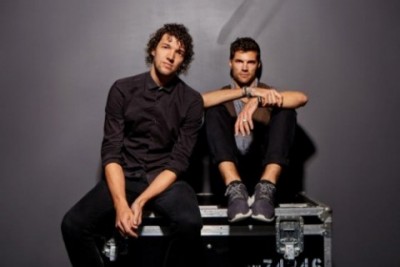 There’s no better way for an artist to close out the year.

For KING & COUNTRY, the Christian rock/pop duo who came onto the scene in 2010, has been nominated for two Grammy Awards. They announced the nomination in an email to fans, writing, “Since the conception of ‘for KING & COUNTRY’ our dream has always been for people to be impacted by the hope of the music… And 3 years onward, to be nominated for such a prestigious accolade is a true encouragement and acknowledgement to us that the heart and the art of the music is connecting with you. Our gratitude The GRAMMYs, to Lecrae and to each of our friends and musical partners who placed their vote! Wow…”

The two Aussies, Joel and Luke, aren’t new to the spotlight. According to the band’s website, in 2013 they were named New Artist of the Year at GMA Dove Awards, where they received six nominations, Billboard named them one of the New Artists to Watch for 2012, and American Songwriter called them “Australia’s answer to Coldplay.”

On their Facebook fan page, for KING & COUNTRY congratulated several of the artists nominated alongside them, including Francesca Battistelli, Lecrae, Needtobreathe, MercyMe, Natalie Grant and others.

In an official Word Records press release, for KING & COUNTRY spoke about the nominations, saying, “We remember when our debut album was about to release, someone asked us what our hopes and dreams were. We first wanted people to be impacted by the hope of music but also had the distant dream of being nominated for one of music’s most prestigious honors. Today, three years onward, to be nominated for two GRAMMYs by a group of people we call friends is truly a gift.”

is a freelance writer and contract copywriter who lives in the seacoast region of New Hampshire with her husband, Eric-Thomas,of five years. She currently serves alongside her mother as the Marketing Director for God’s Girls Christian Store and More, a online retail store serving the southern New England region. Her work has been featured in several print and online publications, and she is the recipient of two Faithwriters’ Editors Choice Awards for her short stories, which are scheduled for publication in the Mixed Blessings series. Her first book, Fragile: 30 Days of Hope for the Anxious Heart, is now available at samanthaarroyo.com. She can be reached at [email protected].
Previous The Power of Speaking God’s Word
Next 4 Reasons Joseph Rocks!