Breaking News
Home / Entertainment / Not All Cartoons are Good 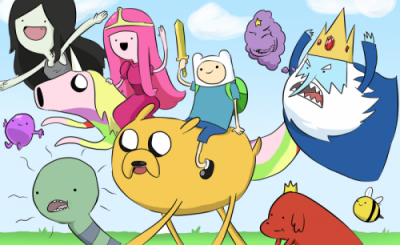 Not All Cartoons are Good

My daughter really wanted to watch cartoons the other day and I decided to indulge her a little.  Normally, she watches Disney or a DVD of Mickey Mouse or something of the like.  But those were not an option at the time.  I skimmed through the channels until I came to the only cartoons I could find.  “Cartoons are cartoons,” I said to myself.

My daughter sat quietly and watched her cartoons while eating her snack.  In turn, I went about my cleaning and packing duties.  After a short period of time, I started to tune into what was playing out on the television.  I can’t remember the exact phrases, but what I do remember is how vulgar it was.

I quickly went and stared at the show trying to figure out if she had somehow changed the channel.  Nope!  It was the cartoon that was making the vulgar statements.  Shocked, I turned off the television and had my daughter do something else.  From that point on, I have paid closer attention to what the shows have been saying and teaching my kids.

Although meant for little children, a lot of cartoons on mainstream television have adult humor and antics that are not suitable for them.  They may not even be suitable for us for that matter.  I know that society sells sex more and more to our young adults, but it is another thing when they sell it or other vulgar things to young children.

Granted, my convictions may not be the same as others, but I plead with those who have kids; please keep a closer eye on what your kids are watching and doing.  This world is filled with sin, but we can prevent our young ones from seeing or falling into it with a little extra help!

“Train up a child in the way he should go, even when he is old he will not depart from it.” –Proverbs 22:6

Although graduating with a Communications degree from Liberty University in 2008, I took a long break from writing until finishing my Master's in Education this past year. I currently reside in Lynchburg, Va with my wife and two children. By day, I work in insurance and by night I am a writer. When not playing with my kids and spending time with my wife, I enjoy spreading God's word through my writing.
Previous One Race Under God Is The Message Of The Gospel
Next Is Christianity any Good for the World?