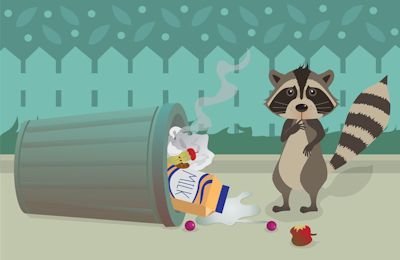 Simply put, we live in a world were the media likes to feed us trash. It’s an unfortunate thing. We go to turn on the television or computer and we’re bombarded with sexual images, violence, cursing, and news about all the negative things happening around us. Sure, to an extent this is reality, but why is it reality? I believe we’re creating this reality for ourselves. In fact, we’re becoming a world that is becoming highly addicted to being spoon fed trash by the various aspects of the media, and many are acting out on it. Please let me explain.

First, let me say I believe God created everybody equal in terms of self-worth, dignity, and His love for us. In the same manner, I believe others should be treated by us with the same love God has for us. In addition I also believe in the potential of all mankind to be extraordinary and accomplish those things they set out to do in accordance with God’s will.

With all that being said, this is where I struggle. We turn on the news and we primarily hear about awful things. We hear about injustice, corruption, and the dissatisfaction of we as a united people. At least we’re supposed to be united, and under God! Then to make things worse, we go to unwind from this horrendous news, and we’re fed with the very immoralities I mentioned earlier. Sexual images, cursing, violence, and the like on television shows, video games, Internet, and even our phones. I can’t even check my old e-mail account without getting bombarded by trash I don’t want. Things like this shouldn’t be so, but our world is doing it to itself.

My solution is this. Let’s take personal and community responsibility. Let’s be responsible for what we allow to penetrate our minds and defend those around us with the same vigor we would in defending a newborn babe from a hungry wolf, because that’s what we’re up against. I would also encourage you to meditate on these words from the Holy Bible:

In closing, remember that sometimes it takes individual choices to bring about big changes. Even if we don’t remove all the filth from the world around us, we can still remove the majority of it from our lives and that in itself is something remarkable. I would encourage you to take that step if you haven’t already. Thank you for reading and God bless.

Joel M. Bauer is a 45-year-old U.S. Army Veteran from Dunn, NC, which is just outside of Raleigh. After being honorably discharged from the U.S. Army, he attended school at Taylor University, a Christian liberal arts school, in Fort Wayne, IN, where he received his BS in social work and psychology. He has worked in such places as a homeless shelter, a community based treatment center for severe mental illnesses, a school for troubled students, and other social service agencies. His current endeavor is to build The Bottom Line website into a site that inspires both Christians and non-Christians alike, and brings glory to God.
Previous Do You Believe in Miracles?
Next CHRISTMAS: Santa or Jesus?