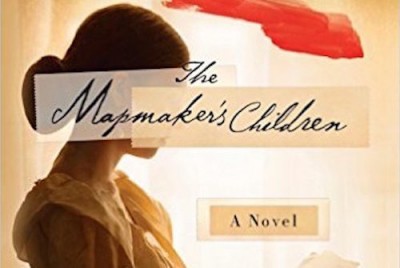 “The Mapmaker’s Children” Entertainment and Modern Relevance In History

“Six degrees of separation is the theory that everyone and everything is six or fewer steps away, by way of introduction, from any other person in the world … “ www.wikipedia.com.

Perhaps this is true in a wider sense than we ever imagined. Perhaps we are more connected and our lives more similar to the past than we ever realized. Perhaps progress has not made us so different …

The Mapmaker’s Children is an peerless book by Sarah McCoy; intertwining the lives of two women a century-and-a-half apart. What’s even more admirable, is that McCoy reveals the inseparable stitches binding these two lives together, and to the reader, without ever fully allowing her characters to intersect.

It’s a subversive commentary, painful truth scarcely concealed by a riveting story, on some of the most prolific ills of modern life. McCoy examines a brittle marriage, deception between spouses, broken hearts, infertility, abortion, child abandonment and more.

Alternately, she glances backward at the broken aspects of an earlier society—slavery, injustice, murder, loss, bitterness between siblings, loveless marriages and the ravages of war.

Finally, just as her well-developed characters remain only vaguely aware of each other, she loops the reader into the story allowing them to glimpse themselves, their world, in the light of these two women. She reveals to the reader his or her own weaknesses, needs and vulnerability without harshly pointing fingers or even losing the interest of one rapt in the story.

On top of all of this, McCoy expertly weaves in history. It’s another unsuspected tact, evidence of her mastery of the craft of story. The reader gets a lesson in civil rights, the history of the Civil War and the very tangible lives behind the Underground Railroad. There we meet the Mapmaker and her children.

What is your favorite kind of book to read? Do you look for application even in the books you read for enjoyment?

Previous The History of “Casting Crowns”
Next Andy Mackie: Defying Death And Sharing The Gift of Music