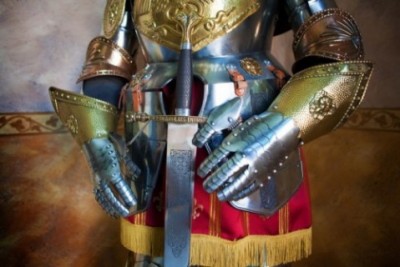 Their journey into the film industry began with “Flywheel” which focused on integrity. Next came “Facing the Giants”, “Fireproof”, and then “Courageous”. Now The Kendrick brothers, Alex and Stephen, are at it again with their latest production titled “War Room” slotted to be released on August 28th, 2015,

The storyline follows Tony and Elizabeth Jordon who are traveling through everyday middle class life. Their marriage is struggling and their hearts for one another are beginning to callous. Tony, a hard working reputable salesman, defines success through his sales and abilities to provide for his family all the while shifting his wife and daughter to the back burner in pursuit of his career.  Elizabeth, recognizing the downward spiral of her marriage, knows that something must be done to change her husband but feels there is nothing she can do until she befriends an elderly widow; a “prayer warrior. The woman begins to teach Elizabeth that some battles can only be fought and won with prayer.   (Christianfilmdatabase.com)

When originating the plot, the Kendrick brothers desired to take a subject of interest for most Americans and glorify God in the process.

“This film’s focus on prayer strategically highlights a subject of interest to a majority of Americans. According to a National Opinion Research Center survey on frequency of prayer, nearly 90 percent of Americans claim to pray regularly.” (Christianfilmdatabase.com) However, are American’s praying with the weapon God has given them or are they merely saying their prayer and checking it off their list of things to do for the day?

Both Alex and Stephen not only developed a plot that revolves around prayer, but they wanted to bring an awareness to the powerful weapon and how effective and necessary the element is needed in America right now.

“’We made this film to inspire, challenge and motivate families to fight the right kind of battles and to fight them the best way possible,’said Director and Co-Writer Alex Kendrick”

“’Prayer is so much more than people realize. It can powerfully affect every problem and need in our lives if engaged from within a vibrant relationship with God.’ stated Producer and Co-Writer Stephen Kendrick.”(Christianfilmdatabase.com)

Although all four of Kendricks’ films have come under the Sherwood Pictures umbrella, “War Room” will be filmed as their own independent film.  Yet, both brothers are still active in their pastoral ministry at Sherwood Baptist Church in Albany, Georgia.

“Sherwood is still our church home, and we’re here talking to you now only because Michael Catt, our pastor, took a risk, supported us and let us make a movie,” Alex Kendrick said.

“War Room” appears to be another excellent film from Alex and Stephen Kendrick.  With its strong message founded on the power of prayer, all those who view it are sure to reflect on their own life and hopefully see the life changing impact prayer can make.

What are your thoughts about “War Room” or any of the other Sherwood Production movies?

is an author and editor for The Bottom Line Ministries as well as a member of Faith Writers. Currently she teaches high school language arts. She is a mom to four amazing blessings and enjoys every moment life has to offer. Renee has a fervor and drive to learn, she loves to read and spend time with her family, and is involved with her local church ministries. Humbled by God’s gift of words, she has a passion to write what the Holy Spirit has placed in her heart. She hopes to publish her in-progress book someday, but in the meantime, is honored to be placed as part of the TBL writing family and is holding on to the ride wherever God is leading. Renee and her family reside in their country home in Holland, Iowa.
Previous Setting The Example of Good Authority
Next 4 Ways to Quit Smoking for Good