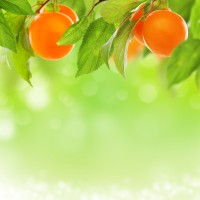 We all know the story of Adam and Eve. She sinned and ate the fruit of the Forbidden Tree. She coerced Adam, and he ate the fruit also. Sin, death, disease, and pain entered the world, and at the root of these problems is Eve. I have never liked her, never seen her as an actual human being with real emotions until today. In studying this controversial character, I have learned some valuable spiritual truths. Here are four reasons I stopped hating Eve:

What does the Bible character, Eve, say to you today? Are there other commendable things we should add to my list? (For another post on Eve, please see Hope After Shame.

Heidi Lynn has a passion for women's ministry and can be found writing at Chronicles of a New Creation. Heidi believes that as Christian women, we were created to serve our families, our churches, and our communities. With this calling in mind, she writes and speaks about organization in homes, families, and spiritual lives.
Previous ‘Finding Jesus’ New CNN TV Series
Next Should You Love Yourself?