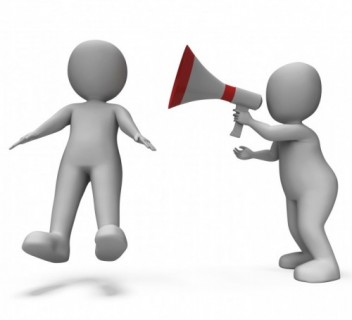 One of my favorite scenes to envision in the Bible is in the book of Daniel. Here is Daniel in the midst of a great vision lying prostrate on the ground. He is so weak from the experience and in a deep sleep when suddenly; a hand touches him on the back. Can you imagine the fright he must have taken!

“Suddenly, a hand touched me, which made me tremble on my knees and on the palms of my hands.” (Daniel 10:10)

However, the angel has come with a purpose, and he apologizes to Daniel for the delay in his arrival.

“I have come because of your words. But the prince of the kingdom of Persia withstood me twenty-one days; and behold, Michael, one of the chief princes, came to help me, for I had been left alone there with the kings of Persia.” (Daniel 10:12-13)

The angel’s excuse for his delay was because he was busy trying to defend himself from the royalties of Persia for twenty-one days and was unable to get away until Michael, a chief prince, was able to provide back-up.

It may be easy to write this scene off as fantastical especially since angels were fighting angels in another world, but the truth is, what may appear to be imaginary is real. There is a spiritual war taking place.

The most amazing part of this story is that God chose to reveal what was to come to Daniel; the man who chose not to defile who he was in any way. He understood the seriousness this war would bring, but God only revealed exactly what he wanted Daniel to know.

At times we may become frustrated with God for not showing us the way or giving us signs, but from God’s perspective, He has revealed to us all that we need to know. Sometimes when we know too much, we have a tendency to desire more causing ourselves to become less dependent upon Him.

Let us take our example from Daniel and fall prostrate before the King asking Him to reveal to us only what we need to know so we may have faith knowing that God will tell us more when it’s the right time.

is an author and editor for The Bottom Line Ministries as well as a member of Faith Writers. Currently she teaches high school language arts. She is a mom to four amazing blessings and enjoys every moment life has to offer. Renee has a fervor and drive to learn, she loves to read and spend time with her family, and is involved with her local church ministries. Humbled by God’s gift of words, she has a passion to write what the Holy Spirit has placed in her heart. She hopes to publish her in-progress book someday, but in the meantime, is honored to be placed as part of the TBL writing family and is holding on to the ride wherever God is leading. Renee and her family reside in their country home in Holland, Iowa.
Previous 7 Things Every Daughter Needs From Their Father
Next Is It Well With Your Soul?