Breaking News
Home / Faith / Is It Well With Your Soul? 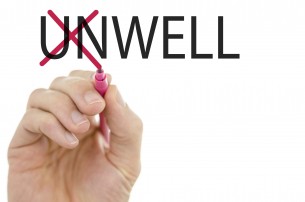 Is It Well With Your Soul?

How many who profess Christ can say with assurance what Horatio Spafford wrote in his most famous hymn, “It Is Well With My Soul”? Why was Mr. Spafford well in his soul, and how can our souls be made well?

On a very dry and hot summer Sunday evening in 1871, a fire broke out in Catherine O’Leary’s barn on the outskirts of Chicago. Although her cow gets the credit for starting the fire, it is not known how it really started. The firefighters who answered the call were worn out from fighting a fire the previous day. They were sent, on this day, to the wrong address. By the time they got to Mrs. O’Leary’s barn, the fire was raging out of control, engulfing much more than the barn.

After two days of the blaze, mercifully it began to rain. At least 300 people had died and 1,000 people were homeless. About $300 million in estimated damage had been done to the city. The entire central business district was leveled. One businessman, Horatio Spafford, owned a lot of real estate in Chicago. He lost a fortune that day.

Mr. Spafford, about this time, also lost his four-year-old son to scarlet fever. After these catastrophic events in his life, he and his wife decided to move to France and start over. Mr. Spafford was detained by important business. His wife and four remaining daughters went on ahead without him aboard a ship. The ship collided with an iron sailing vessel. Two hundred and twenty-six people lost their lives including Mr. Spafford’s four daughters. His wife barely survived.

Mr. Spafford immediately booked passage on another ship to join his wife in France. When the ship he was on reached the same spot where the other ship had gone down, the captain went to Mr. Spafford. He pointed out that this was the spot where he lost his daughters. Mr. Spafford was overcome with grief and retreated to his cabin. Unable to sleep and suffering, he began to pray. He said while he was praying, a new resolve entered into his heart. Mr. Spafford wrote down some of his thoughts on paper. Those thoughts resulted in the hymn, “It is Well With My Soul”.

Mr. Spafford tells us very well in his hymn how all can be well with our souls, no matter the circumstance. When we listen often to God’s teachings, when we believe in them, and when we do what is good in God’s sight; all will be well with us.

God did not promise our wealth would remain, or our children would not suffer. He did not promise we would never experience pain. He does promise, however, that if we seek to do what is right in God’s eyes; all would be well.

Being well is a spiritual condition. If we are only seeking a worldly “wellness” it will not last and it will not satisfy our souls. Our sins must be nailed to the cross of Christ. Unless they are sacrificed there, our souls will not be at rest. When our sins are nailed there, we no longer bear the weight of them.

It is not, as many preach, that we just no longer bear our burdens alone; we do not bear them at all. That is why Christians can praise God “all the day long.” It is because our sins are forgiven and we bear the burden of them no more.

What burdens are you still bearing needlessly?

It Is Well With My Soul

When peace, like a river, attendeth my way,
When sorrows like sea billows roll;
Whatever my lot, Thou has taught me to say,
It is well, it is well, with my soul.

Though Satan should buffet, though trials should come,
Let this blest assurance control,
That Christ has regarded my helpless estate,
And hath shed His own blood for my soul.

My sin, oh, the bliss of this glorious thought!
My sin, not in part but the whole,
Is nailed to the cross, and I bear it no more,
Praise the Lord, praise the Lord, O my soul!

For me, be it Christ, be it Christ hence to live:
If Jordan above me shall roll,
No pang shall be mine, for in death as in life
Thou wilt whisper Thy peace to my soul.

But, Lord, ’tis for Thee, for Thy coming we wait,
The sky, not the grave, is our goal;
Oh, trump of the angel! Oh, voice of the Lord!
Blessed hope, blessed rest of my soul!

And Lord, haste the day when my faith shall be sight,
The clouds be rolled back as a scroll;
The trump shall resound, and the Lord shall descend,
Even so, it is well with my soul.

I am a layperson with 35 yrs. of teaching Sunday School, bible studies, and preaching on occasion. I teach a bible study in a local prison. I am a 36 yr. counselor/social worker. I am disabled and have devoted the past four years to studying, praying, and writing about my greatest love; this gospel of Jesus Christ that has the power to save a man's soul. I also write devotions for a Church in Marion, VA and I write for an orphanage/ministry in Zambia, Africa.
Previous Daniel’s Surprise Visitor
Next The Lord is Calling His People