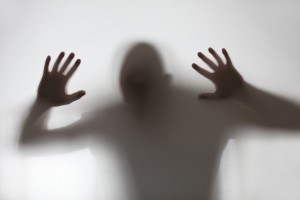 Exposing the Spirit of Infirmity

The Bible gives us some fascinating insight into the spiritual world. It is clear from the Gospels that the work of demons is quite extensive and pervasive. In the West, we have a tendency to believe that demonic oppression is a rare occurrence. But the ministry of Jesus depicts deliverance from demons as very common.

In my last article, I showed biblical examples of how demons can compel people toward self-destructive behavior and suicide. Now I want to show that evil spirits can be the cause of physical sicknesses. It may seem primitive to our modern minds and Western thinking, but the New Testament is perfectly clear that demons can be the root cause of infirmity.

The Spirit of Infirmity

One of the main examples of a demonic spirit being the root of a physical ailment comes from
Luke 13:10-11: “Now He was teaching in one of the synagogues on the Sabbath. And behold, there was a woman who had a spirit of infirmity eighteen years, and was bent over and could in no way raise herself up.” The woman was crippled in her spine, unable to stand up straight. Today she might be diagnosed with a severe case of scoliosis, but the cause of her problem was clearly identified: a “spirit of infirmity.”

When the Pharisees questioned Jesus about performing this miracle on a Sabbath, He answered and said, “Ought not this woman, being a daughter of Abraham, whom Satan has bound—think of it—for eighteen years, be loosed from this bond on the Sabbath?” (Luke 13:16). Jesus clearly stated that the source of the woman’s condition was Satan. And the agent the devil used was a spirit of infirmity; a literal evil spirit sent to afflict the woman’s body.

Matthew 9:32-33 provides another example: “As they went out, behold, they brought to Him a man, mute and demon-possessed. And when the demon was cast out, the mute spoke.” Here we see a man who was mute, and the clear cause of the condition was a demon. Jesus later healed a man who was both blind and mute by casting out a demon (see Matthew 12:22).

I once prayed over a young lady who was having neck pain. I addressed it like a physical infirmity and no change occurred. The following week, she asked for prayer for deliverance, having become aware that demonic spirits were influencing her. As another lady and I prayed, several demons manifested and were cast out. Amazingly, as soon as she was delivered, the pain in her neck was totally healed. Her physical pain was being caused by an evil spirit!

Have you ever considered that evil spirits can be the cause of physical sickness? I am not suggesting that every sickness is caused by a demon or that we should ignore doctors. But perhaps in our westernized mindset we have ignored this reality and allowed the spirit of infirmity to run rampant. May God give us discernment to recognize the enemy’s work, whatever form it may take!

Have you ever encountered a physical problem that was caused by an evil spirit?

Jake Kail is a teacher, author, and speaker who is passionate for the kingdom of God. He was called into ministry during his college years, after a life-changing encounter with God. The focus of his ministry is on teaching and equipping believers, strengthening local churches, and seeing awakening and restoration come to the church. He also ministers often in the area of deliverance from evil spirits, seeing people set free from bondage, torment, and oppression. Jake is the author of three books: Restoring the Ministry of Jesus, Can a Christian Have a Demon?, and Abiding in the Vine. He speaks at churches, retreats, conferences, and other venues. Jake lives with his wife and family in Lancaster, PA where he serves on the pastoral team at Threshold Church. Check out Jake’s website and blog here: http://www.jakekail.com.
Previous Christianity: Is it Religion or a Relationship?
Next Accountability and Transparency