Breaking News
Home / Faith / The 7 Eyes of The Living Stone 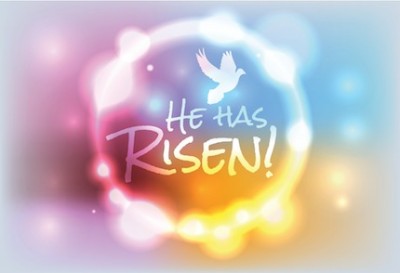 The 7 Eyes of The Living Stone

The number seven is a symbol of completion. Christ sees us perfectly and righteously. The question, as we soon celebrate our risen Savior, is this—how do we see Him?

Is Jesus, as Mathew said, “marvelous in our eyes?” The Jewish builders, the Scribes and the Pharisees, rejected Him. We who are now called to build upon that which Christ began, are we building well? We will build on what our eyes are looking upon. Are our eyes on Christ?

This living Cornerstone that was laid before Joshua and before the nation of Israel is also laid before us. We, who have been made alive in Christ, are to build His Church upon this living stone. He died as the perfect sacrifice. He rose three days later proven to be the One, the only One, who can take away all our sins. Christ alone is able to write God’s law in our hearts, to make Him our God, and make us His people.

Upon this living stone, there are seven eyes given to Him. It is a sign of His divine nature. He is all seeing. This perfect sight makes Him qualified to be our mediator, our judge, the giver of all gifts, and the place where all mercy is found.

Seeing so perfectly, Jesus’ eyes pierce even to the dividing of the soul and spirit. He sees the intent of the heart. He alone is able to watch over His people, care for them in all their troubles, make them satisfied in Him, and keep them until the end. All the angels’ eyes are upon Him. All of creation’s eyes are upon Him. The prophets’ eyes and all the eyes of the saints of old were upon Him. The eyes also of every believer should be upon Christ in total dependence, in all their service, and in constant worship.

The name of every believer is engraved on this living and seeing stone. All those whose names are written in the Lamb’s book, He carries on His capable shoulders. He is the first stone upon which all other stones will be laid. It was all done in “one day.” It was the day of our salvation. It was the day Christ arose from the dead, proving His perfect sacrifice for our sins was enough.

This is the one thing that happens to all of us: both a wise man and a fool are born, they live, and then death comes. The difference between them is given here. A wise man’s eyes are in his head building upon the cornerstone. A fool walks in darkness as if he has no eyes in his head at all. To him, the cornerstone has become a stumbling stone. If he had eyes to see, he would see the other event that happened to both of them. A wise man has his eyes there at the cross, they are on the head “stone”, the living stone, the seeing stone that gives sight to the blind.

As we all are building our houses, is it the Lord’s doing? Is He marvelous in our eyes? If He is not, how great will the fall of that house be!

Christ’s perfect eyes are upon all of us. How can you this Easter turn your eyes more upon Him?

If He Has Risen

If He has risen
One question is left
Why are you living
Like you … and He … are still dead?

I am a layperson with 35 yrs. of teaching Sunday School, bible studies, and preaching on occasion. I teach a bible study in a local prison. I am a 36 yr. counselor/social worker. I am disabled and have devoted the past four years to studying, praying, and writing about my greatest love; this gospel of Jesus Christ that has the power to save a man's soul. I also write devotions for a Church in Marion, VA and I write for an orphanage/ministry in Zambia, Africa.
Previous Three Tips for Digging Deeper into God’s Word
Next Our Hope: The Prayer In The Garden