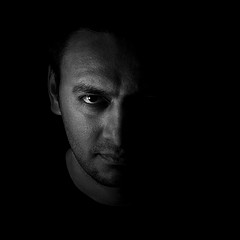 Living In the Half-Light

The first time I heard about living in the half-light was while reading a book about what it really means to be a man. The moment I read it, I felt a little sick. That’s because I thought it might be me.

Into 2010, author Wes Yoder published a book called Bond of Brothers: Connecting with Other Men Beyond Weather, Work, and Sports. Yoder’s book description highlights that:

“Beyond the sports and weather chatter and silence that characterize many male conversations, there is often brokenness. Emptiness. Shame.”

He paints a strikingly accurate portrait of men today, and how a renaissance of authenticity could turn us away from the half-light and into the men we wish to be. Unfortunately, most men drift through shadows, coming out to bask in the light for a time, and then slide back into a darkness they once disavowed.

We put on our best show, but the people who know us best know it’s a performance. Few men live completely in the light and express the raw honesty required to withstand its glare. Many languish in darkness, either proud of their rebellion, or ashamed of their repeated failures to escape its draw.

But it’s the men in-between that Yoder puts in the spotlight.

“Others want the half-light, where there is enough darkness to cover their evil intentions and sufficient light to convince others they want to do what is right. These are the dangerous men who infiltrate and pollute our feasts to use brothers for their own gain.”1

Yoder is referring to certain men mentioned in the Book of Jude.

“For certain men whose condemnation was written about long ago have secretly slipped in among you. They are godless men, who change the grace of our God into a license for immorality and deny Jesus Christ our only Sovereign and Lord” (NIV, Jude 4).

Yoder’s description of the man living in the half-light made me uncomfortable, not because I choose to live in the shadows, or because I’ve secretly infiltrated a righteous crowd.

It’s because even in the light, I feel the shadow’s presence.

It’s the shadow of doubt, the whisper in my head that threatens to crack my faith where it’s strong and shatter it where it’s weak.

It’s the shadow of a storm cloud, a black squall of temptation advancing on a ship that’s sunk a thousand times before.

It’s the shadow of death looming overhead when I forget it’s been defeated by Christ on the cross.

But God provides a way back to the light, to himself.

“God is faithful; he will not let you be tempted beyond what you can bear. But when you are tempted, he will also provide a way out so that you can endure it” (NIV, 1 Cor. 10:13)

If we are to be men of God, we must not accept living in the half-light.

How do you stay out of the shadows?

is an author, speaker, Marine, and father of five. He has flown the F/A-18 Hornet as a Marine Aviation Weapons and Tactics Squadron 1 (MAWTS-1) Instructor Pilot and the F-16 as an Instructor Pilot. Jason also writes about leadership, parenthood, and worldview development on FIGHTER FAITH. His book One of the Few: A Marine Fighter Pilot’s Reconnaissance of the Christian Worldview is now available on Amazon.
Previous The Peaceful King
Next Just Waiting For Tomorrow 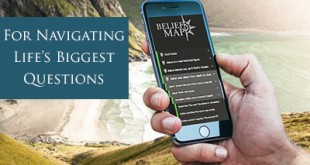