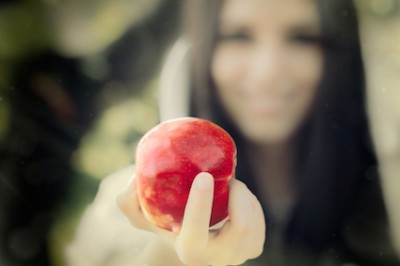 The New Age Movement is Nothing New

In a recent article, I described the deceptive nature of the New Age movement. While the occult tends to be more blatant in its dark and evil nature, New Age is often more veiled. It blends humanistic philosophy with occult practices, and often dresses up in religious terms and activities.

Interestingly, there is actually nothing new about the New Age movement. In fact, its origins go back to the Garden of Eden itself. As Ecclesiastes 1:9 says, “There is nothing new under the sun.”

New Age philosophy has been around in essence, since the fall of man. When the serpent tempted Adam and Eve in the garden, he promised that their “eyes would be opened” and they would “be like God.” (Genesis 3:5) This sounds exactly like what the New Age movement calls enlightenment–the teaching that we are all gods and need to be awakened, or have our eyes opened, to our god stature.

The interesting thing about the temptation in the Garden of Eden, is that being “like God” is not a bad thing in and of itself. We are created in the image of God, and believers are told to be imitators of Him. (Ephesians 5:1). In certain ways, we are supposed to be like God. But the real thing the devil was saying was, you can be like God without God. You don’t really need Him. In fact you are god, you just don’t know it yet, and if you eat from this tree you will see it. It was pursuing a legitimate end by an illegitimate means.

Even before Adam and Eve fell into sin, their ability to function and be what God created them to be depended on their vital relationship with Him. While God is self-sustaining, man is dependent on Him. When they ate the forbidden fruit, they chose a path of independence from their Maker, bringing sin, death, and destruction into the world.

The “enlightenment” we need is a revelation of our need for Him! Thank God that Jesus came into the world to die on the cross for our sins, so that we can be forgiven and restored to a relationship with God. Don’t rely on humanistic self-effort or your own goodness. Don’t fall for the age old trap of independence from God. Call on Jesus for salvation and build a true relationship with God!

Have you been influenced by the New Age movement? In what ways can you identify its falsehood?

Jake Kail is a teacher, author, and speaker who is passionate for the kingdom of God. He was called into ministry during his college years, after a life-changing encounter with God. The focus of his ministry is on teaching and equipping believers, strengthening local churches, and seeing awakening and restoration come to the church. He also ministers often in the area of deliverance from evil spirits, seeing people set free from bondage, torment, and oppression. Jake is the author of three books: Restoring the Ministry of Jesus, Can a Christian Have a Demon?, and Abiding in the Vine. He speaks at churches, retreats, conferences, and other venues. Jake lives with his wife and family in Lancaster, PA where he serves on the pastoral team at Threshold Church. Check out Jake’s website and blog here: http://www.jakekail.com.
Previous True Colors
Next The Third Jewish Temple or The “Temple” of the Holy Spirit