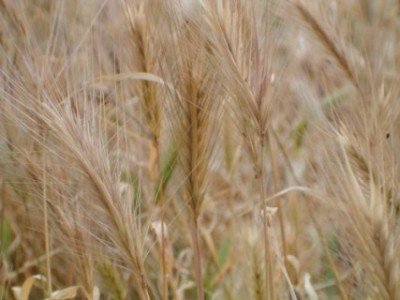 Weeds Are My Enemy

The purest seed was planted as the spring frost was unfolding in the fields.  Like most farmers, Eli depended solely upon the harvest of his wheat in order to sustain his family.  Yet, the enemy crept in and planted tares, a weed disguised to look just like the wheat in attempts to destroy the entire crop, so as the grain sprouted and grew into a crop, so did the weeds.

“Sir, did you not sow good seed in your field?” The farmhand proclaimed, “How then does it have tares?”

“This is the work of the enemy.” Stated Eli pondering his next move.

“Do you want us then to go and gather them up?”

“No, lest while you gather the tares you also uproot the wheat with them.  Let both grow together until the harvest, and at the time of harvest I will say to the reapers, ‘First gather together the tares and bind them in bundles to burn them, but gather the wheat into my barn.’”(Matthew 13:24-30)

The enemy has crept into the Church and is trying to destroy marriages, families, and relationships.  Just like the tares, there are those among the Church claiming to be Christians, but they are not.  Instead, they are bringing destruction with them opening doors to worldly living and watering down the Gospel of Truth.  Are you one of them?  Do you live life disguised as a hypocrite praising Him with your mouth on Sunday, and giving in to the ways of the world on Monday?

Do you believe everything that is written in the gospel to be God inspired truth or do you just believe some of it especially when it comes to Genesis and God creating the world in just six days?

Have you allowed your children to fill their minds with images of false intimacy, violence, and words that slander God’s ways instead of guarding their hearts and minds from the ways of the enemy and teaching them how to stay pure in God’s truths?

There are those among you who continue to slander His name in vain, yet out of the same mouth you speak praises. Which one do you believe He is worth?  Others of you give away what you can to give yourself a good name. Some of you don’t want to become embarrassed and be known as a “religious person” so you join in with the complaints, cursing, and perversion as everyone else in the world all to keep your good reputation.

The Church has watered down the Truth catering to those who complain the loudest in order to appease their own guilty hearts instead of choosing to remain unchanged in God’s truth, but God sees all!

“I know your works, that you are neither cold nor hot.  I could wish you were cold or hot. So then, because you are lukewarm, and neither cold nor hot, I will vomit you out of My mouth. Because you say, ‘I am rich, have become wealthy, and have need of nothing’-and do not know that you are wretched, miserable, poor, blind, and naked…As many as I love, I rebuke and chasten. Therefore be zealous and repent.  (Revelation 3:15-17,19)

You cannot be lukewarm with God.  You are either hot or cold, for or against.  Are you all in for Him, the one who volunteered to be pierced with thorns, and have spikes driven into his wrists and ankles while His arms were stretched out on a tree? All of this was for you when you chose to have sex outside of your marriage, an extra drink to give you that ‘good feeling’, or when you controlled people through your emotions.  Was He worth it?  Absolutely! Repent, and turn away from your lukewarm life to go and live for Him.

is an author and editor for The Bottom Line Ministries as well as a member of Faith Writers. Currently she teaches high school language arts. She is a mom to four amazing blessings and enjoys every moment life has to offer. Renee has a fervor and drive to learn, she loves to read and spend time with her family, and is involved with her local church ministries. Humbled by God’s gift of words, she has a passion to write what the Holy Spirit has placed in her heart. She hopes to publish her in-progress book someday, but in the meantime, is honored to be placed as part of the TBL writing family and is holding on to the ride wherever God is leading. Renee and her family reside in their country home in Holland, Iowa.
Previous Are You Scared Of The Future? Psalm 91 To The Rescue!
Next Does Media Define Beauty?