Breaking News
Home / Faith / What Happened to Wisdom in America? 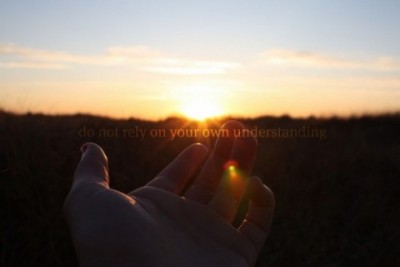 What Happened to Wisdom in America?

Part of the required reading throughout every public and private high school throughout the country should include the Books of Proverbs, Ecclesiastes, as well as a lesser-known Book called Sirach. (Sirach is an inter-testamental  book written around 175 BC which Catholic and Orthodox churches deem as canonical but Protestants include only in the Apocrypha.)  Will this actually happen?  In public schools, probably not.  But a substantial argument can be made.

It is clear to most people, including sociologists, politicians, economists, and other secular professions, that the decisions made by everyday Americans have gotten worse and more debilitating over the past few decades. Collectively, this has forced a country to spend more and more on (reactive) social services which do not fix the problem.

There are several reasons for this, but there are two very crucial ones which correlate to the suggested readings.

Depending on the poll you read, between 65% – 70% of Americans today do not believe in absolute truth. This means that most people in the USA believe that your truth is whatever you might want it to be, from your perspective or desires.  When 320 million Americans just do whatever they want to do at any given time, what you end up with is what we have forced upon us now.  This from a country that is allegedly 75%- 80% Christian!

How can a country that is mostly Christian have a majority of persons who do not believe in absolute truth?

Proverbs, Ecclesiastes, and Sirach all give a wealth of advice and information on how to make good life decisions. This direction is badly needed, especially for teenagers and young adults who have never had good adult role models or mentors. These books discuss all kinds of topics and themes that are still as relevant as in Biblical times:

Being in “bad” company

No matter the age, and no matter if one is Christian or not, people would improve their lives if they studied and sought the kind of wisdom and discernment found in these Books. As such, they would eventually improve the outcomes of their communities.  Let today be the start of a renewed commitment to turn to the Godly advice which is set before us.

Ken Lambert, D.Min, lives with his wife and twin boys in southern New Hampshire, and has written for a variety of religious and secular publications. He is co-author of Top Ten Most Influential Christians- since the Apostles, and is an adjunct instructor for Agape Seminary (Church History, Wisdom Books).
Previous Living After Death
Next More Than A Band-Aid