Breaking News
Home / Faith / You Are The Man 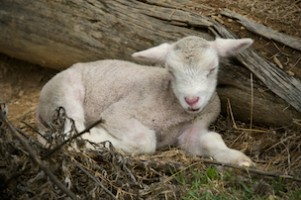 You Are The Man

Guilt is emotional torment. Nagging symptoms of guilt occur when you believe–accurately or not–that you have compromised your belief system or violated a moral standard. Closely related to the concept of remorse, guilt darkens our countenance. Even Sigmund Freud, father of psychiatry, stated: “guilt is the most powerful of all obstacles to one’s recovery.”

Let’s turn to Israel’s greatest king and discover how he found relief for his moral failures. Certainly, this was a dismal stretch of time for King David. After David committed adultery with Bathsheba and murdered her husband Uriah, God intervened. He sent the prophet Nathan to confront David’s prideful sins. Using a parable about one little ewe lamb, Nathan revealed David’s horrendous actions:

“There were two men in the same city–one rich, the other poor. The rich man had huge flocks of sheep. The poor man had nothing but one little female lamb, which grew up with the family, eating their food, sleeping in their beds. The little lamb was like a daughter to him. One day a traveler dropped in on the rich man. Rather than choose an animal from his large herd, he took the poor man’s lamb and prepared a meal for his guest.”
(2 Samuel 12:1-12, The Message)

These four condemning words, “YOU ARE THE MAN,” sliced David’s heart to the quick like a torpedoed sucker-punch to the gut. His eyes were opened to the magnitude of his blood-guiltiness and he confessed, “I have sinned against the Lord.”

Note here: when you harm someone, you hurt God. “For thus says the Lord of hosts: he who touches you touches the apple of His eye.” (Zech 2:8)

To our great benefit, David’s complete prayer of repentance is recorded in Psalm 51. This Psalm teaches us that genuine, godly sorrow is a language God understands, welcomes and honors. In God alone, David found forgiveness and restoration. It works the same for you and me.

Friend, are heavy burdens dragging you through the mud? Do you suffer from false or true guilt? If so, how might your life change if you tell Jesus all about it?

Darlene enjoys farm life in rural southern Georgia USA
Previous Weaving a Web of Destruction
Next Running The Race Or On A Leisure Cruise?