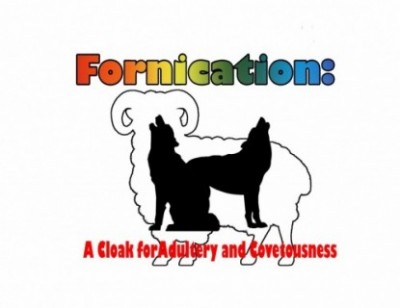 A continuation from last week’s article, “The 7th Commandment: Thou Shalt Not Commit Adultery”

Last week, we pondered: “Most of us have experienced sexual immorality in some form or another, but have you ever actually considered the collateral damage it causes; how it affects not only the immediate family, but friends and associates as well?”

Some believe that sex between unmarried people is not specifically covered in the 10 Commandments. I believe, as stated in the 10 Commandments, adultery represents all sexual sin because no Christian should be having sex outside of marriage. In effect, if you have sex with anyone other than who you are married to, then you are an adulterer. Covetousness, the 10th Commandment (Exodus 27:17), can also be interpreted as sexual sin, because coveting anyone who belongs to someone else, is just another form of adultery.

Fornication is often described as a sexual relationship between unmarried people. It includes married people having affairs with unmarried, prostitution and having sex only for self gratification. During intimate moments, if you’re not ensuring that your spouse is enjoying these times together as well, then sex has become an idol in your life. Anything that draws you away from God, causing you to sin is a form of idolatry–masturbation, pornography, homosexuality, prostitution, all fall under this category. Fornication can also be described as covetousness-wanting something that doesn’t belong to you. These are mere temptations, things we must learn to control.

James 1:14-15 says, “But each one is tempted when he is carried away and enticed by his own lust. Then when lust has conceived, it gives birth to sin; and when sin is accomplished, it brings forth death.”

It cannot be stressed enough–sex should not be considered outside of marriage. Anytime you indulge in sex, there is a chance for procreation, by having sex without the benefit of marriage, you are taking a chance of raising a child that may have undesirable traits that you may not have experienced, and it could cause problems as the child matures and becomes more independent. [See this article from Science Daily, dated March 20, 2014]

If your hope is to one day get married and have a family, then any person you would like to get close to should have traits that complement your own. Just because someone looks good to you, does not mean they are right for you. Careful analysis should be taken when searching for a spouse. We all have flaws, or negative traits, but if your future spouse has positive traits that might counteract your own weaknesses, then there is at least a 50/50 chance that your child will receive the better of the two. If children are raised by both biological parents it may help counteract any negative traits that may have been passed on to them, because if one parent does not know how to deal with one of their children’s personality traits, the spouse may have a better way of dealing with it, having been through it themselves.

This is why the family unit is so important, each child gets half the chromosomes from one parent and half from the other, if conflict arises, both parents would then have the weapons to combat the undesirable trait because one of them would have already been through a similar conflict, and can teach their child how they dealt with it.

Train up a child in the way he should go: and when he is old, he will not depart from it. Proverbs 22:6

God created sex for the enjoyment of married couples, a reward for displaying self-control, and children are the reward; a built in gift from God.

Psalm 127:3- Lo, children are an heritage of the Lord: and the fruit of the womb is his reward.

By giving them the opportunity to reap the benefits of having both parents around to help them learn from their parents’ mistakes, children, even adopted children, will be that much farther ahead and will grow into productive adults who will love and respect their own children as well.

How important is it to raise your children in an environment where they get the best upbringing possible?

Tim is a self-published author. His genre is Christian Fantasy- he loves the challenge of trying to combine Christian and Fantasy into a novel that loses none of it's spiritual value. Tim has been an active member in every Church he has attended. He has served as Head Usher, a Sunday School Teacher, and a Youth Director, and has also served as a Church Elder. Tim's prayer is that the Holy Spirit will minister through his words, and that his experiences and knowledge will be helpful to someone out there who needs a true friend like what we have in Christ Jesus.
Previous What Does a Believer Look Like?
Next “Oh Be Careful Little Eyes What You See”