Breaking News
Home / Family / If I am Divorced am I Disqualified? 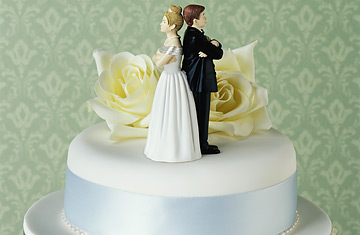 If I am Divorced am I Disqualified?

Jesus said the only acceptable grounds for divorce is adultery and, if you marry again, unless you remarry your previous spouse, you are guilty of adultery (Matthew 5:32, 19:9).  In Malachi 2:16 God says He hates divorce.

The divorce rate among Christians versus “the world” is a hotly debated issue.  A short foray through Google onto the World Wide Web seeking the real data on this issue will show you exactly what I mean!  So, in the interest of exploring God’s heart in this matter, can we still serve God and be divorced (or remarried), verses the hard facts of stats, we will follow the path of God’s Word instead of the information superhighway – the road less traveled.

Even non-Christians know God intends marriage to be one man, one woman, till they are parted by death.  Christian divorce is one more stone to throw in the war of hypocrisy.  It is also another flaming arrow Satan will throw at you.  Sometimes he will use your own self-talk to tell you that you can’t serve God if you have broken that marriage vow.  Sometimes he will use unbelievers or the media.  Sometimes, sadly, he will even use Pastors and other Christians to promote the idea that divorce makes us tainted goods.

If God banned sinners from serving Him, there would be no one worthy at all.  Romans 3:23, “All have sinned and come short of the glory of God.”  1 John 1:8, “If we claim to be without sin, we deceive ourselves and the truth is not in us.”  1 John 1:9, “If we confess our sins, he is faithful and just and will forgive us our sins and purify us from all unrighteousness.”  We are all sinners!  We all have to repent.

God will use any yielded heart.  Need more proof?  Read the story of the Samaritan woman at the well in John Chapter 4.  She was the very first Samaritan to receive salvation, Jesus revealed to her His identity as the Messiah, and “many of the Samaritans from that town believed in him because of the woman’s testimony”.

John tells us, through her words to Jesus when told to “go and call [her] husband,” that she was divorced five times and, at that very moment, was living with a man she was not even married to.  God is no respecter of persons.  If you will serve Him, He will use you.  You are not disqualified.  He loves­ you.

Previous Chosen In Him
Next Fearfully and Wonderfully Made