Breaking News
Home / Family / Meeting The Demands of a Toddler, Or Not! 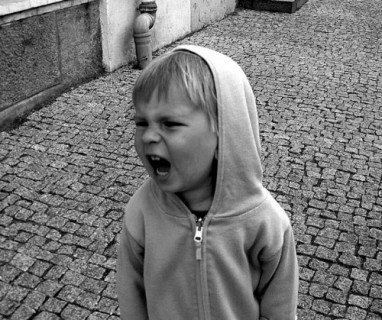 Meeting The Demands of a Toddler, Or Not!

Ahh, the terrible twos or should I say the on demand, “You better give me what I want now!” monster phase in a child’s life? Some days this developmental step begins a little earlier than expected or lingers a little longer than desired. In either case, it’s when life becomes challenging and you either step up and be a parent of love or step down and become your child’s buddy.

I know I am no expertise in this area, but I do have some credentials to put forth being a mother of four, three whom have completed this state of life and the last one is now venturing in a little earlier than planned.

Some people will argue that your child is discovering whom they are so allow them to try everything and live life freely. Don’t punish them because they are learning about life. I on the other hand would argue that if you chose to follow path of free will discovery, you will soon conclude that you have a selfish, catered to, on demand beast who is only going to get bigger.

“But he just throws a fit if I don’t let him have his way.” You cry out. So what! Let him cry. He’s not hurt just his ego is. “But I’m trying to shop and if I just buy this treat for her then she won’t have a meltdown.” Okay, true. She understands Pavlov’s basic laws of behavior. Stimulus = Response. In this case, child performs their routine fit, (Stimulus), parent complies (Response). It worked this time, but I can guarantee that you will become fed up with this routine when you have a teenager throwing a fit (literately a baby fit) when they are told no, they can’t go out with their friend, or drive your car.

So, how do you stop all of this madness? From my experience, you must not be afraid to discipline your child with love during this small window of development.

According to Dr. James Dobson, he suggests that you need to “Approach him with a smile and a hug. But don’t fail to establish yourself as the boss during this period. All the years to come will be influenced by the relationship you build during this eighteen-month window. (The Challenges of Parenting Toddlers)

As my own children inch closer to the teenage years, I can testify that by establishing a routine of expectations and disciplining in love, I have not had to deal with a child throwing a tempter-tantrum because they didn’t get what they wanted. I’m not saying they have never tried to use excuses, manipulation, tears, and whatever means they could think of to shake me from my ground of expectations, they understand that the outcome of no means just that-no.

God’s word says “Chasten your son while there is hope, and do not set your heart on his destruction.” (Proverbs 19:18). No one wishes to set-up their child up for a life of hardship and destruction, however, if you do not correct them when they are younger, you will be sending them into the world unprepared to deal with the unfairness of life. By setting boundaries of expectations in place early on, you are creating a path that will help them develop a healthy future not just for your children but for their children and grandkids for future generations.

is an author and editor for The Bottom Line Ministries as well as a member of Faith Writers. Currently she teaches high school language arts. She is a mom to four amazing blessings and enjoys every moment life has to offer. Renee has a fervor and drive to learn, she loves to read and spend time with her family, and is involved with her local church ministries. Humbled by God’s gift of words, she has a passion to write what the Holy Spirit has placed in her heart. She hopes to publish her in-progress book someday, but in the meantime, is honored to be placed as part of the TBL writing family and is holding on to the ride wherever God is leading. Renee and her family reside in their country home in Holland, Iowa.
Previous Our Hope: Messages from God
Next Walking with Scout