Breaking News
Home / Family / Order From Chaos? Is There a Trick to Making Halloween a Treat? 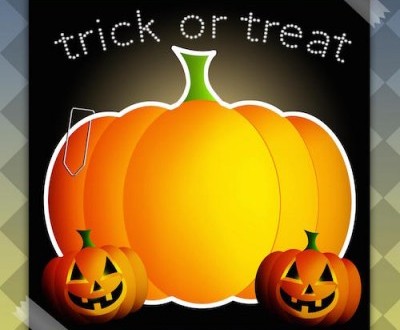 Order From Chaos? Is There a Trick to Making Halloween a Treat?

I admit it.  I have always been a fan of Halloween.  The creative ideas, the making of costumes and oh the candy!  I never really studied the origins and traditions around the event.  It was just a fun night to indulge in the ridiculous vat of chocolate that was my candy bowl.  Honestly, I had no idea until now.

You see, from what I have been reading, the holiday first shows up at the ancient Celtic festival known as Samhain. This was observed as the start of the New Year.  All Souls (Saints) Day marked the end of summer and the harvest.  The New Year began for the Celts on Nov. 1. The day of Samhain was believed to be a day that was in neither the year past nor the year to come.  Since it was in between, it was believed that chaos ruled on that day.

It was thought on October 31, the worlds of the living and dead overlapped before the start of the New Year and became All Hallows Eve. During this night there was a time where the ghosts of the dead could return to destroy the harvest that was stored for winter. People set bonfires on hilltops to ward off the evil spirits before the start of the winter season.

The origin of trick-or-treating was a Celtic tradition too. Poor children in Britain and Ireland went door-to-door on All Hallows Eve and received food in exchange for the promise of praying for the giver’s dead relatives on All Saints Day. This practice was known as “going-a-souling.”

Copying this tradition, American children began to dress up in costumes and go house to house asking for food or money (which eventually turned to candy).

I guess I never really thought about Halloween being something that could be a good (even a God) thing. But, the more I read about it, the more I smile and think … Wow God!  You really can use anything!  You see, the way I read it, people were searching for answers. Their spirit knew more than the mind could comprehend at the time. They knew something had to be causing the seasons, the harvest, the unexplained, they were just a little off.

We read in Genesis 50 about God using even the seemingly bad for HIS good. Joseph was thrown in a hole and sold and his response about the wrong done to him was this :

“But Joseph said to them, ‘Do not be afraid, for am I in God’s place?’ As for you, you meant evil against me, but God meant it for good in order to bring about this present result, to preserve many people alive.”

Throughout the Bible, we see time and time again where humans create chaos and God shows up and brings order from that chaos. It is called REDEMPTION.   I think that is the part of the Halloween history that I like best.  They believed in the in between time chaos would rule.  We know that God is the author and perfecter of all things.  He is not the author of chaos or confusion, but peace. In reading the Bible, we see that God began to redeem the idea of “death to life” long before Halloween was even a thought.  It is “bringing the ultimate order.”  It is called salvation.

So can Christians use Halloween for good?  I think so.

There are so many ways you can serve your neighbors on this night.  So many ways to help others.  When I was a teenager (technically too old to trick or treat), we  took the idea  and used it to fill the food pantry.  Instead of getting candy, we would ask for can goods.  It was a fabulous way to redeem the night from evil

How can you plan to use Halloween night for good next year?

Previous New Movie, Risen: A New Spin on an Old Favorite
Next The High Calling of Children’s Ministry