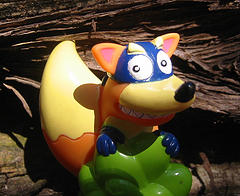 With a face fighting hard to conceal guilt, Isabella casually walked into the room. Unbeknown to her, the peanut butter fudge cookie she had just devoured in secret, left bold crumbs sprawled across the corners of her mouth.
“Isabella did you take a cookie from the jar?” Her mother asked.

“No, i-i-it was Dad!” She stuttered with wide eyes wandering all over the room having no apparent destination.

“But sweetie, Dad hasn’t even come home from work as yet.”

It is not out of the norm for toddlers to tell lies or steal; it’s a part of the learning and developmental process. However, how the adults in their lives choose to respond to these actions will determine their morals and values as they get older.

When children tell a lie or sneak a stick of gum out of purses or briefcases, grown ups are often tempted to chuckle and say… “Oh they’re so adorable!” Adults tend to praise their cleverness and brag about how smart they are. Some are so proud, they share the story with other family members and friends. In the moment when it happens, it seems like no big deal…until they grow older.

Then during the pre-teen and teen years, the monsters parents/caregivers were slowly creating, emerge swinging wild blows. These kids which were once adorable little cutie-pies are now ferocious conniving bandits. They have graduated from taking candy out of purses and briefcases to swiping money. Shoplifting becomes a hobby. They take the car without asking and lie about everything! Attempting to correct such moral flaws at this age will be near impossible. “Direct your children onto the right path, and when they are older, they will not leave it” (Proverbs 22:6).

If children aren’t reprimanded when they lie and steal, they will grow up thinking it’s OK. Infants have impressionable minds; it’s like pressing a key into a key mold. Whatever we teach them as being acceptable and unacceptable will strongly influence their actions as adults. While the rod has its place, flagging is not the main message being sent here. Instead, firmly and consistently–yet lovingly–teaching children acceptable behaviors is what’s being encouraged. “The rod and reproof give wisdom, but a child left to himself brings shame to his mother” (Proverbs 29:15).

Amelia Brown is from the beautiful island of Jamaica. She is a 28 year old Guidance Counselor by profession, but a passionate writer at heart. Most of her articles written are aimed at stimulating positive change under the guidance of the Holy Spirit. She is also a published poet and a member of Faithwriters. Outside of writing, she enjoys volunteering, cooking, and turning frowns right side up. Amelia currently lives in New York.
@ameliambrown
Previous The Journey Home
Next God Makes No Mistakes