Breaking News
Home / Family / What to Do After a Job Loss 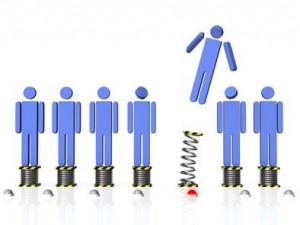 What to Do After a Job Loss

I’ll never forget the day: January 14. That’s when life shifted and the foundation beneath my feet shuddered.

It was a Monday. A slow Monday—until my inbox chimed. It was from the VP, announcing a mandatory meeting in the staff room.

My heart felt like it plummeted to my toes. This is it, I thought. There had been rumors circulating about budget cuts and such. I had heard whispering and murmuring around the office, but I figured it was just people complaining about one thing or another and didn’t want to be heard. Friday night, just before leaving the office for the weekend, I discovered what the whispering was all about: layoffs.

I was indifferent. Not because I didn’t care, but because rumors always turn into exaggerated fish tales. The more people talk, the bigger and more ridiculous the story becomes. It’s like a game of “Telephone.” What could be five people being laid off turns into 100 people. Every time the story is told, the fish gets bigger and so do the number of people being terminated.

Everyone got an email. Everyone. But each person was assigned to a different room at the same time. It was like a dramatic episode of American Idol. Shuffling people into rooms like that and eliminating entire sections of the building.

In the room I was assigned, chairs were lined up in rows. Several people were already there, sitting in silence. Others filed in after me. There were 25 in all. No one spoke. Like an omen, there was a box of tissues on the otherwise empty table.

The VP sauntered in and cleared his throat. “Many of you know … ” he said.  “This wasn’t an easy
decision … ” he continued. I don’t remember the exact words and how they all intertwined. What I do remember is him saying, “Everyone in this room is being let go.”

Dozens of other people in three separate rooms were being told the same thing.

Everyone was ordered to find a box in the hallway, pack their belongings, and leave immediately. I walked out into the parking lot that morning with a single box, drove home, and laid on the couch in the fetal position–and sobbed.

What should you do when you lose a job? How do you recover? Where do you go from there? I’ve obviously been on the receiving end of the empty, “we’re sorry, but … ” conversation and have a few tidbits of advice I’d like to share with you:

In case you were wondering, yes, I got a job after the layoff. One that was closer to my parents and allowed me and my husband to move closer to the seacoast. And today, I’m living my dream as a writer.

I’ll admit, though, I cried for more than the suggested two days. But hey, it’s all part of the learning experience, right?

Have you been laid off before? Recently? What advice would you give to who are in the same boat?

is a freelance writer and contract copywriter who lives in the seacoast region of New Hampshire with her husband, Eric-Thomas,of five years. She currently serves alongside her mother as the Marketing Director for God’s Girls Christian Store and More, a online retail store serving the southern New England region. Her work has been featured in several print and online publications, and she is the recipient of two Faithwriters’ Editors Choice Awards for her short stories, which are scheduled for publication in the Mixed Blessings series. Her first book, Fragile: 30 Days of Hope for the Anxious Heart, is now available at samanthaarroyo.com. She can be reached at [email protected].
Previous Is It Time For You to Grow Up?
Next When You Are Broken Like a Pencil