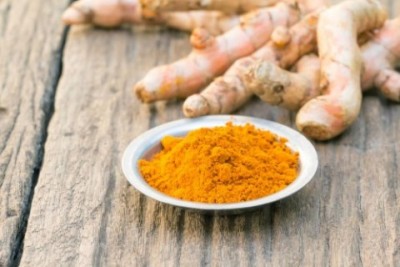 Turmeric, a member of the ginger family, boasts numerous health benefits and medicinal properties. Curcumin is one of the curcuminoids (chemical compounds) and the active ingredient in turmeric. For several thousand years, turmeric was used as a dye and was later used for its medicinal properties.

The studies performed on curcumin are evidence-based and involve a dosage of at least 1 gram per day. Unfortunately, it’s almost impossible to get this amount by using turmeric spice as a food additive. To obtain these benefits, it is recommended to use an extract since turmeric is typically only 3% curcumin.

Curcumin needs some help to be absorbed into the bloodstream. The highest quality supplements also include black pepper, which contains piperine, a natural substance that will enhance curcumin absorption by 2000%.

Listed below are seven characteristics and uses for this healthy Indian spice:

(2) Anti-oxidant – It neutralizes free radicals as well as stimulates the body’s own antioxidant enzymes.

(3) Boosts brain function – Curcumin protects brain cells by binding to, and dissolving abnormal proteins. It increases the levels of a brain hormone known as BDNF, thereby encouraging growth of new neurons and fighting against degenerative brain disorders such as Alzheimer’s disease. Since it can cross the blood-brain barrier, curcumin can help clear amyloid plaques (a buildup of protein tangles) which are a key component of Alzheimer’s.

(4) Helps prevent heart disease – The anti-inflammatory and antioxidant properties may help reverse many factors in the development of heart disease. Curcumin improves the function of the endothelium (the lining of the blood vessels).

(5) Helps prevent cancer – Studies indicate that it can decrease angiogenesis (the growth of new blood vessels in tumors), reduce metastasis (the spreading of cancer), and contribute to the death of cancerous cells. One study consisting of 44 men with precancerous lesions of the colon found a 40% reduction in the number of lesions when given four grams of curcumin daily for 30 days.

(6) Joint support – curcumin has been shown to work as well as some anti-inflammatory drugs in treating arthritis, including rheumatoid arthritis.

(7) Treatment of depression – Since curcumin boosts BNDF levels, the brain hormone we spoke of earlier, it can possibly reverse some changes involved with depression. There is evidence that it also boosts serotonin and dopamine, thereby promoting a healthy mood. A study performed with 60 patients experiencing depression showed that curcumin was as effective as Prozac in alleviating their symptoms.

Are you willing to try any homeopathic remedies?

“O LORD my God, I cried unto thee, and thou hast healed me.” (Psalm 30:2 / KJV) God has provided us with powerful herbs and spices. What spices have you used for their healing properties?

Denise is a Registered Nurse, married, and has lived in Alabama all of her life. She has been a Christian for more than 40 years and has studied Prophecy for over 25 years. She writes devotionals for Faithwriters (www.faithwriters.com). She also writes for TGGmag ('Tween Girls and God online magazine for girls age 9-12). She desires to share Christ with others through her writing and is looking forward to the soon return of our Lord Jesus Christ.
Previous Eternal Love Beyond Logic
Next Can Rappers Spread the Gospel?