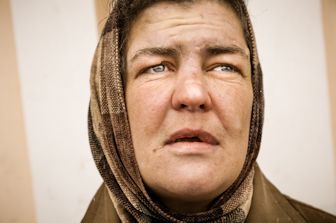 Mobile Showers For The Homeless

Mobile Showers For The Homeless

In San Francisco 3,100 people live on the streets. This, of course, is a picture of a much larger scenario all across America. Along with being homeless is the problem of appearance and body hygiene. This, in turn, is a barrier to getting jobs and simply finding a better way of life. Many cities have homeless shelters, rescue missions, and churches that have opened their hearts and hands to this segment of the population, but in San Francisco a woman has come up with a novel, out-of-the-box creation that helps the homeless appear more presentable to society, based simply on the belief that “all humans have the right to be clean.”

In a current trending story dated June 25, 2014, Doniece Sandoval got an idea to convert old buses into mobile showers. She got this vision from seeing so many food trucks. In her words, “If you can put gourmet food on wheels and take it anywhere, why not showers and toilets?” Then an opportunity presented itself for her dream to become reality. The city decided to replace its old buses with new ones. Not only that Doniece found out that the city had a donation program. Here was her chance to help the homeless in a very creative and practical way. But then came the even more difficult problem of installing plumbing in the buses and dealing with building permits and regulations, including the question of what to do with the “black water” from two showers running almost continuously eight hours a day. An architect thought up a plan to connect city fire hydrants with 50-gallon hot water heaters using propane, and showers that are digitally controlled.

Even though it doesn’t end the homeless problem, in San Francisco it does provide hygiene and “we believe that hygiene brings dignity, and dignity opens up opportunity.” One woman’s idea, along with the cooperation of a city and private enterprise has set an example of how people working together can creatively provide better conditions for the homeless.

“Whoever has the world’s goods, and sees his brother in need and closes his heart against him, how does the love of God abide in him?” (I John 3:17) If anyone along the way had chosen to “close their heart” to this project the plan would not have succeeded. Doniece Sandoval, and all of the people involved in this endeavor, worked together in opening their hearts to the homeless of San Francisco. May many other cities do the same.

John Livingston Clark is 67 years of age and lives in central Washington State. He has written two published books, and two published poems. His initial book is called, " God's Healing Hope: Breaking the Strongholds of Wrong Thinking." His second book, released in December of 2016, is a motivational book written to seniors titled, " Seniors: Are You Retiring or Recharging?" Both books are available on amazon. You can also view his writings on www.faithwriters.com. John is available to speak on a variety of topics. Visit me at jclarkministries.com
Previous You be the Judge? -Part I (judging fruit)
Next Are You Who You Say You Are?