Breaking News
Home / Featured / Are You Who You Say You Are? 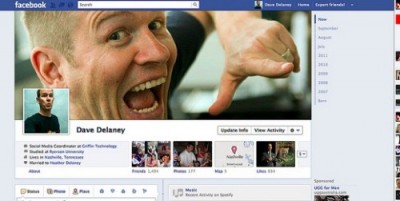 Are You Who You Say You Are?

Social media has placed a tremendous role in connecting one end of the globe to the other. With opportunities to post links, videos, images, and audio, the global connections are endless, and as a teenager, the excitement to meet people in a virtual world and engage in conversation is priceless especially when you are meeting someone who doesn’t know the real you, but they surely understand the virtual you.

Social connections can at times form friendships that never were possible if it were not for the Internet, and as a teenager, moving out of the confines of a place you may feel trapped in into the open roaming land of the Internet, looks appealing.   With each social media account however, a profile must be established. So, I ask you this question. Are you who you say you are? Are you really that 16-year-old girl living in small town USA? Or, have you decided to alter who you are just to gain a few friends by becoming a beautiful sexy blonde who lives in New York City with a mysterious side all just to “up” the status quo on your profile page.   Maybe you are the one who has changed his screen name to something really smooth to draw attention to how much you know about drugs and the latest rapper who deals them.

In either case, the point is you have chosen to disguise who you really are in order to become someone different than you normally would be, and all for what? To be popular and famous in a virtual world where reality collides with imagination. To pretend that the real world you live in does not exist? The downfall in creating a false reality is getting trapped in a society bigger than what you can handle.

Truth be told, most people who disguise who they really are have something to hide. Maybe it’s hurt from spoken words, insecurity, or an escape from a living situation you want no one to know about, but God does not want you to hide.  He wants you to let the world know who you really are.

While in the desert, the burning bush caught the attention of Moses, and he was caught off guard by the flames, but also the voice that was resonating from the bush. God was calling Moses to come out from his hiding place and to confront the Pharaoh so that the people of Israel, God’s people, could be set free. Mustering up his courage with his brother Aaron at his side, Moses once again approached God and said,

“Okay, I am going where you want me to go, and I am going to tell them that you sent

me, but they will want to know who “you” are, so what should I tell them?”

You see, God was not afraid to let the people know who He really is. He is proud of who he is. Know that the same God has created you to be a unique and special individual. It is not the situation that you live in that determines who you are, but you determine who you are. So, stop hiding behind your profile page and let the world know that you are who you really say you are.

is an author and editor for The Bottom Line Ministries as well as a member of Faith Writers. Currently she teaches high school language arts. She is a mom to four amazing blessings and enjoys every moment life has to offer. Renee has a fervor and drive to learn, she loves to read and spend time with her family, and is involved with her local church ministries. Humbled by God’s gift of words, she has a passion to write what the Holy Spirit has placed in her heart. She hopes to publish her in-progress book someday, but in the meantime, is honored to be placed as part of the TBL writing family and is holding on to the ride wherever God is leading. Renee and her family reside in their country home in Holland, Iowa.
Previous Mobile Showers For The Homeless
Next An Invitation to Heaven