Breaking News
Home / Teens / In the Palm of His Hand 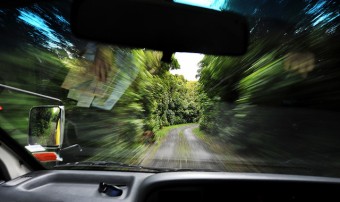 In the Palm of His Hand

“For I am persuaded, that neither death, nor life, nor angels, nor principalities, nor powers, nor things present, nor things to come, Nor height, nor depth, nor any other creature, shall be able to separate us from the love of God, which is in Christ Jesus our Lord.” ~ Romans 8:38-39

Nervous about going into her sports physical alone, the sixteen-year-old girl waited restlessly in her truck for her 1 p.m. appointment. At a doctor’s office some thirty miles away, her parents awaited more test results. The girl’s forty-six-year-old mother had spent the last nine months suffering from an unidentified illness and revisited the doctor’s office no less than four times. Hopefully, today there would be answers.

Two minutes before the girl’s appointment, her cell phone rang. Answering it she heard the dreaded words.

“Mom has cancer. It’s very progressed, and they are not sure what they can do about it.”

Hardly able to see, the girl resolutely walked into the doctor’s office. Gone were her jitters about going to the doctor alone. Instead she faced the very real fear that her mother might die before she graduated high school. Biting back tears, she followed directions and completed the required tests. No one suspected anything. In just thirty minutes, the girl left the doctor’s office perceived as just one more surly teenager with no real personality.

The girl started her junior year, and her mother started chemo-therapy. Her mom was unable to stand and spent every day sick in bed. Every night, the girl came home and crawled into her mother’s bed to give her a few minutes of anecdotal stories.

The months spiraled by and the girl pretended everything was okay. She recieved high marks in school. She excelled in sports and was named all-conference. She managed to hold down a part-time job. To everyone else, she seemed fine, but on the inside, fear was eating her alive. Death by cancer was more than a nightmare; it was the reality that her grandmother had endured just fourteen months before. As chemo after chemo failed, the girl started having nightmares. She saw her grandmother’s death bed, but the body in the bed was her mother.

As the days to her mother’s impending surgery approached, the girl’s fears increased. She felt so insignificant and so lost. No one understood, and no one in the world cared. At her breaking point, she fell on her face before God.

“If you’re real. If you really care about me, a little girl in a Podunk little town in the middle of nowhere, then prove it. Show me you’re real. Please care.” The girl cried herself to sleep that night.

Driving home from school the next day, the girl sped. Radio blasting, she started down a steep hill at 70-miles-per-hour. Unexpectedly, the front tire on her minivan popped off. Tire, rim, hubcap, everything gone. The front of the van dropped to the road, but she couldn’t stop. With a fifty foot ditch on the left and the side of the mountain sloping upward on her right, she had no choice but to ride out the road. A mile and a half later she stopped, shaking and crying. Mom and Dad were at the cancer pavilion an hour and a half away. Her sisters were at college in another state. Finally she called 911.

The sheriff’s department showed up, and the officer who came to get her out of her smoking vehicle said, “Take a walk with me. I saw where you went off the road about a mile or so back. You actually dented the pavement. As far as your vehicle goes, look how the front end has melted. You ate the van up, but it didn’t catch fire. I couldn’t even find your tire. It must be in the ditch, but it’s too steep to go down from here.”

Pointing to the ditch on the left, the officer said, “You should be down there. In a top heavy mini-van, you should have flipped. There’s no way you should’ve been able to control the vehicle going downhill that distance. If you had gone over, no one would have even seen your vehicle. No one would have known what happened to you. Someone was watching out. Someone had you in the palm of His hand.”

“Absolutely!” God heard her silent cry and showed her right where she was. As the officer had said, she rested in the palm of God’s hand and nothing on this earth could shake that grip.

Can you relate to this teen? Have you felt lost, broken, alone? Like no one understood or even cared? Did you reach out to God? What did God do to show that YOU mattered to Him?

Heidi Lynn has a passion for women's ministry and can be found writing at Chronicles of a New Creation. Heidi believes that as Christian women, we were created to serve our families, our churches, and our communities. With this calling in mind, she writes and speaks about organization in homes, families, and spiritual lives.
Previous Declare God’s Righteous Judgments
Next A Pivotal Choice