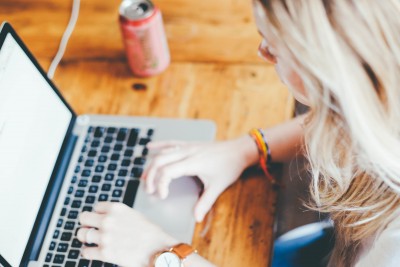 #TMI: The Cost of Oversharing on Social Media

The results are in: 88 percent of social-media users ages 13 to 17 feel that people share too much personal information online. And 68 percent of those in the same age bracket (52 percent of teens overall) have experienced drama among their friends on social media.[1]

But what constitutes “oversharing.” Well, it can include anything from telling the world what you ate for breakfast on a routine basis to treating your Facebook status updates like you would a personal diary. And let’s not forget about those who post the coordinates of their exact location or photos of their child’s latest potty-training feat. Some information is just too much.

This goes beyond what teens and adults share online. Oversharing has found its way into business and ministry relations, too. An outreach I have prayerfully and financially supported in the past recently fell under tremendous scrutiny, and the ministry split. And while I don’t know all of the details, let alone all the facts, those who are involved have taken to social media with lengthy status updates to “set the record straight,” photos of termination letters, and have even gone so far as to mention the first and last names of those who have done them wrong.

Meanwhile, those on the other side of the ring released a polished press release and posted it to the ministry’s website. It gave the need-to-know information that is vital to donors, and leaves it at that. While both sides have the right to speak the truth and defend his or her name and reputation, does that give them license to throw other people under the bus? And is it appropriate to hash it out over social media?

Sadly, this isn’t the first time I’ve seen this happen—and I don’t anticipate it will be the last.

Between vague—or downright nasty—status updates following a break up or divorce to those defacing the name of a person or organization with a single tweet, there’s a lot of oversharing happening in cyberspace. And while you can’t look up what the Bible says about social media specifically, Scripture is clear about the way we should speak.

We know that “gossip separates close friends” (Proverbs 16:28) and that “a gossip betrays a confidence, so avoid anyone who talks too much” (Proverbs 20:19). We also know that the power of life and death are in the tongue (Proverbs 18:21). Life and death. No middle ground. No happy medium. Your tongue—the words you speak, whether aloud or in print—have the power to build up or destroy.

And while it’s certainly acceptable to defend yourself and your reputation, there are ways to do that without inflicting additional pain on others—even those who have harmed you.

We must remember that Romans 12:19 says, “Do not take revenge, my dear friends, but leave room for God’s wrath, for it is written: ‘It is mine to avenge; I will repay,’ says the Lord.”

Using social media to engage in the drama simply perpetuates it. Posting that vague, but pointed, status update leads to rumors and gossip.

So do yourself and everyone else a favor: Keep private what should remain private. And use social media the way I think Jesus would: as a platform to share the Gospel message. As a means to build up others. As an opportunity to shine a light in what can be a very dark place. As a chance to show love.

What do you think constitutes #TMI on social media?

is a freelance writer and contract copywriter who lives in the seacoast region of New Hampshire with her husband, Eric-Thomas,of five years. She currently serves alongside her mother as the Marketing Director for God’s Girls Christian Store and More, a online retail store serving the southern New England region. Her work has been featured in several print and online publications, and she is the recipient of two Faithwriters’ Editors Choice Awards for her short stories, which are scheduled for publication in the Mixed Blessings series. Her first book, Fragile: 30 Days of Hope for the Anxious Heart, is now available at samanthaarroyo.com. She can be reached at [email protected].
Previous What on Earth is Grounding?
Next Sacrificial Love: Christ-like Love