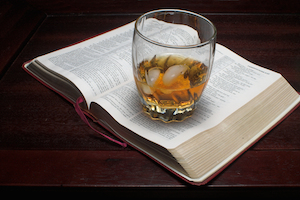 Church in a Pub: Evangelism or Entertainment?

We have been instructed to go into all the world and preach the Gospel (Mark 16:15). So, are places such as bars and strip clubs included in this command? Do you think it’s acceptable for a preacher to hold church in a pub?

Previously, I wrote an article titled: “Are Rappers and the Gospel an Odd Combination?” I made it clear that I support the creative arts and other unique means to spread the Gospel of Jesus Christ. But I must admit, the idea of holding church in a pub caused me to raise an eyebrow. It wasn’t so much the location that brought mixed feelings, but the preacher’s seemingly supportive stance towards sitting in a bar enjoying alcohol consumption.

I saw this preacher on a religious television program early one morning. He held regular church services in local pubs. His rationale: people find coming to church intimidating. He said, while he was greeting the congregation after service one day, a group of young men shared with him, that walking through the front doors of the church was one of the hardest things they’ve done. That’s when he decided to start taking sermons to their comfort zone. He even shared that some nights, meetings are just religious discussions—no praying, no preaching, just talking. Obviously his motive isn’t to rescue the lost, but instead to entertain them and make them comfy where they’re at. In evangelism, there should always be room for praying.

It’s crucial that Christians don’t sacrifice Bible truths in an attempt to promote the gospel. Ours is an era when stepping outside of traditional norms is socially acceptable. Nevertheless, in stepping outside the box of pulpit preaching, the preacher’s motives must remain legitimate. God-fearing men and women, in an effort to bring souls to Christ, shouldn’t focus on entertaining the masses, but instead on delivering the message of Jesus.

In Denver, Colorado, Rev. Jerry Herships is also keeping church in a pub, but with a different motive. His services, “After Hours Denver,” are Christ-centered. In addition, he keeps services in the civic center park and serves lunch to the homeless. Rev. Herships’ focus isn’t to encourage listeners to have the best of both worlds, but to serve others and win souls for Christ. He meets people where they’re at and elevates them.

“Then the master told his servant, ‘Go out to the roads and country lanes and compel them to come in, so that my house will be full.” (Luke 14:23)

Share your views, do you think Christians should have a limit on where they evangelize?

Amelia Brown is from the beautiful island of Jamaica. She is a 28 year old Guidance Counselor by profession, but a passionate writer at heart. Most of her articles written are aimed at stimulating positive change under the guidance of the Holy Spirit. She is also a published poet and a member of Faithwriters. Outside of writing, she enjoys volunteering, cooking, and turning frowns right side up. Amelia currently lives in New York.
@ameliambrown
Previous FALL CLOSE–God Will Always Catch You
Next The Lost Art Of A Hand-Penned Note