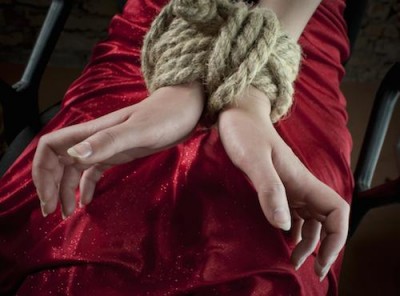 Joel and Luke Smallbone, frontrunners of the award-winning indie rock/pop band for KING & COUNTRY, announced late last month that filming began for Priceless: She’s Worth Fighting For in New Mexico.

Production for the drama, scheduled to release in 2016, wrapped on September 12.

Priceless stars for KING & COUNTRY’s lead singer, Joel Smallbone, who plays James Stevenson, an extreme character who inadvertently discovers the dark, horrific world of human trafficking. Only time will tell if the love, strength and faith of a woman will have the power to redefine his past and change the course of his future. According to the film’s Facebook fan page:

“ … this unlikely hero must risk it all to shut down the trafficking ring and save the girl he’s falling in love with.”

The movie also stars Bianca Santos (“The DUFF”), Jim Parrack (“True Blood”) and David Koechner (Anchorman), and involves the additional members of the Smallbone clan, including Ben Smallbone who is directing the film, and producers Luke and Dave Smallbone, as well as Steve Barnett and Jim Burleson.[1]

“What we would love, as a band, as young men, is to see us start a revolution . . . of young people who treat the opposite sex with honor and respect,” Joel said in a video on the band’s website.[2] Several verses come to mind that reflect this sentiment, but more specifically, 1 Timothy 5:1-2 (NIrV), which reads:

Brothers, Joel and Luke, have used their platform in the past to speak heavily regarding a woman’s worth, and while there are very few details regarding the production of this film, it’s safe to say the movie falls in line with that same mission.

You can follow the film on Facebook and Twitter for the most up-to-date information. In the meantime, tell us: Are you excited for this film? Do you feel it’s timely? What do you hope this movie will accomplish?

is a freelance writer and contract copywriter who lives in the seacoast region of New Hampshire with her husband, Eric-Thomas,of five years. She currently serves alongside her mother as the Marketing Director for God’s Girls Christian Store and More, a online retail store serving the southern New England region. Her work has been featured in several print and online publications, and she is the recipient of two Faithwriters’ Editors Choice Awards for her short stories, which are scheduled for publication in the Mixed Blessings series. Her first book, Fragile: 30 Days of Hope for the Anxious Heart, is now available at samanthaarroyo.com. She can be reached at [email protected].
Previous Most of What We Worry About Never Happens
Next Top 5 Worst Things You Can Do To Your Marriage