Breaking News
Home / Faith / Have You Looked into the Eyes of Jesus? 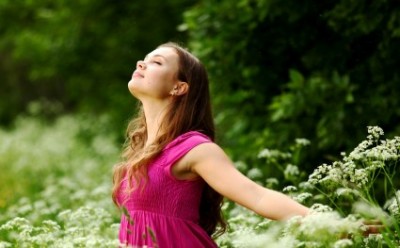 God wants you to pray for yourself the Lord's Prayer

Have You Looked into the Eyes of Jesus?

Caught in the very act of adultery, she was a woman condemned to death. Hauled through the streets and thrown into the dirt by the elders, the woman glanced at the Teacher. Instead of the traditional stoning, they were calling for HIM to condemn her and then cast the first stone at her, yet He didn’t. He spoke slowly and reminded her condemners of their own sins. Yet she knew the truth. Shame replaced defiance as her gaze dropped to the ground. She was what they said. A cheater. An adulterous. A filthy harlot. Unworthy. Deserving of death. Tearfully, she glanced up and her eyes met Jesus’.

The people hated Zacchaeus. He was a Jew like them, but he was in favor with their Roman captors. While they were starving, he dined on the finest of foods. When they feared they might not be able to pay their taxes, he hiked the fees higher and took a kickback. He was the lowest of men. Everywhere he went, he heard the people whispering about him. No one liked him and no one wanted anything to do with him. Yet when he heard that Jesus was coming to town, he wanted to hear him. Knowing that he wouldn’t be welcomed or included in the crowd, Zacchaeus strategically placed himself in a tree where Jesus would pass by. When the Master stopped beneath his tree, he held his breath leaning in to catch every word. But Jesus paused and looked up at him, knowing he was there, willing him to surrender.

Peter walked with Jesus. The Holy Spirit revealed to him that Jesus was God’s Son. He saw the miracles, heard the words of life, knew firsthand that Jesus raised people from the dead. Yet in a moment of weakness, Peter denied Jesus. When he could have stood beside his Lord, Peter broke trust. He cursed and claimed he didn’t even know Jesus. When Jesus defeated death and was raised from the dead, Peter was ecstatic. He rushed ashore when Jesus showed up during his fishing expedition. Yet in the midst of his enthusiasm, Christ gently reminded him of his failure. Peter was heartbroken. How could he face Christ after such betrayal?

The adulteress (John 8:1-11), tax collector (Luke 19:1-10) and betrayer (John 21:1-19) had some significant things in common. All were lost and broken. All needed a dose of forgiveness. All felt shame and remorse. All looked to Jesus.

And guess what? Jesus didn’t disappoint. He offered comfort, hope, and salvation to the hurting. So I ask you:

Are you lost and searching?

Have you done so many things wrong that you know there is no hope for you?

Has sin separated you from the One you love?

If so, these words are for you. “Saying, Blessed are they whose iniquities are forgiven, and whose sins are covered. Blessed is the man to whom the Lord will not impute sin” (Romans 4:7-8). Look into the eyes of compassion and find peace!

Heidi Lynn has a passion for women's ministry and can be found writing at Chronicles of a New Creation. Heidi believes that as Christian women, we were created to serve our families, our churches, and our communities. With this calling in mind, she writes and speaks about organization in homes, families, and spiritual lives.
Previous Jesus Is Able
Next Teachable Moments