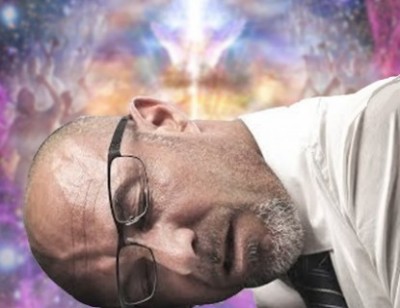 “And it shall come to pass … saith God, I will pour out of my Spirit upon all flesh: and your sons and your daughters shall prophesy, and your young men shall see visions, and your old men shall dream dreams,” Acts 2:17.

This article is going to be a bit different from what I usually write, and I am sharing it because I feel God has a message in here for someone out there.

I had a dream last night, one of those vivid dreams that seem real. When I dream with such detail I often look over my past day to see if these visions and thoughts could have come from something I said, or heard during the day, or something on TV or the internet that inspired the dream; quite often I can figure it out, but in some cases there is no explanation. It is then that I know it was from God. (1 John 4:1)

Before I have dreams like this, I will often have an uncanny feeling of well-being, as if something good is about to happen, an internal instinct that cannot be explained. I often hope that it means my life is finally going to change, that all my efforts will finally pay off. The day passes, like any other day, and I find myself wondering what God was trying to tell me, or if it even was God. I then conclude that that kind of joy and calm cannot be explained by anything else. This is when God speaks to my heart–perhaps I am listening more intently. Or maybe I am not so burdened with the things of the world and God, finding my attention focused only on Him, can speak freely to me.

We must often remind ourselves that God is more concerned about our eternal spiritual well-being rather than the physical needs of our temporal bodies. (John 4:23-24) The mark of a good Christian is not earthy gain, it’s not wealth, nor health. It’s our ability to give our burdens over to God, and believe that God knows what He’s doing, no matter the outcome of our situation.

In this dream, I was helping some fellow Christians out, doing some work for a very rich man. The man had everything the material world could offer. He had wealth, he was strong and healthy, tall and handsome, and had a beautiful wife. He had a couple kids too, though I never saw them. The man professed that he was a Christian, but had not quite committed himself to God’s will. The man had much anger inside and maybe a bit of animosity toward God because his wife had mental problems, and he was having a hard time dealing with them. Sometimes she would go off at the simplest things and it was very frustrating.

There were times when the frustration got so intense for this man that he wanted to hit her, not to harm her, but to bring her back to her senses. He assured me that he would never actually do such a thing now, hinting that maybe he had hit her in the past, before he became a Christian, but now he was able to bite his tongue and restrain himself from bursting out. (Proverbs 15:1, Proverbs 16:32) It was obvious that he loved his wife with all his heart. I had gone inside to speak with the man, but he was having one of those irrational fights with her, so he apologized for it, and said he would join us soon, then asked me to go back outside.

Once he came out, some other men and I gathered around and tried to comfort him with our shared wisdom and experience as Christians. He said he did not know where to turn, and was very concerned about his wife and her mental state. He said he prayed constantly for her, but God just didn’t seem to offer any answers. I asked him if he ever listened to Christian speakers on radio, or TV, and he said he didn’t, but his brother in-law had given him some tapes by the Duck Dynasty. He had about five cassettes (yes cassettes) with the Duck Dynasty title on them, but had never listened to them. I told him he should start by listening to them when he was in his car going about his daily business.

That is where the dream ended, but it seemed very real to me. Perhaps God has a message for an individual out there who needs some comfort, maybe they even have a set of Duck Dynasty tapes that they haven’t listened to, so I will pray right now:

Father God, if there is an individual out there who needs wisdom from The Duck Dynasty, I pray that they read this message and You will touch their hearts, and give them the wisdom they need to overcome the problems they may be experiencing in their Christian walk. Touch them now Lord, in the Name of Jesus Christ, amen.

Please share any dreams or visions you’ve had that may have been a message from God.

Don’t forget to visit The Bottom Line’s testimonial page at My Story of Grace, where you can read and share testimonials and stories of God’s grace.

Tim is a self-published author. His genre is Christian Fantasy- he loves the challenge of trying to combine Christian and Fantasy into a novel that loses none of it's spiritual value. Tim has been an active member in every Church he has attended. He has served as Head Usher, a Sunday School Teacher, and a Youth Director, and has also served as a Church Elder. Tim's prayer is that the Holy Spirit will minister through his words, and that his experiences and knowledge will be helpful to someone out there who needs a true friend like what we have in Christ Jesus.
Previous Your Vindication is Coming!
Next God’s Purpose For Humanity Leaves No Room For Racial Prejudice