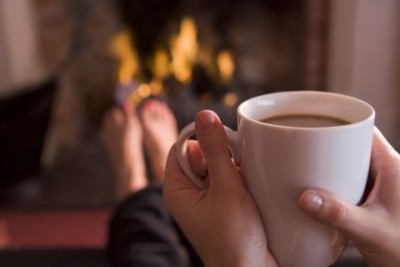 Resting on my knees I began to argue with myself about simple truths and a three-lettered word. My entire life stood in the balance before me uncertain of what the future held.  No longer could I continue to be the angry mother and unhappy wife that I had become.  No longer could I allow myself to be the same around my family. Everything that I knew as normal was about to implode all because of three simple letters…Y…E…S.

Taking in a deep breath, filling up my lungs to the fullest, I slowly released the air all the while whispering out “Yes, Lord.  I surrender. Yes.  I am Yours.  Please forgive me for all that I have done.  I want you to be in control.  I surrender it all to you.  Change me. “

The second my last words were muttered, a burden like the weight of a 300 lb man had been lifted.  I felt; well, light as a feather.  My body suddenly had a ravaging hunger to devour anything that had to do with God and his truth.  I began to listen more and more to biblical teachings online or on the radio, I tuned out my typical country station and cranked up to Christian music; my usual worldly interests became lifeless and flat as God began to transform my old perspective to a biblical one.

As time continued to tick, so did my desire for the Lord.  However, there was one flaw in my simple decision.  My husband did not come along with me on the journey.  My joyful “Yes” created an instant spiritual wall between us.  Ideas and principalities that we once agreed upon became struggles of changed perspectives.  His worldly, mine Godly. What once seemed to be an equally yoked marriage became off kilter each pulling in a different direction instead of working as a team.  I knew from the moment I said “Yes” to Christ the possibility of divorce could become a reality, but the desire to live eternally was stronger than my desire to die twice.

A little over seven years have passed since I rested on my knees and surrendered and not a day goes by that I would give back.  A lot has happened along the way.  Yes, we are still married.  No, he is not walking with God, yet.  Of my four kids who can talk, three have said “Yes” as well.  I didn’t ask to live this life and it was by no means a life I expected to live when I said, “I do”, but God tells us that in this world we will have troubles, but we are to be joyful because he has overcome the world.  (John 16:33)

I have seen little miracles burst out like fireflies on a hot summer’s night.  Little glowing embers when it seems that the flames are extinguishing, but God gives me those moments to hold on to His promise to me.  “Believe on the Lord Jesus Christ, and you will be saved, you and your household”(Acts 16:31).  Lord, I am so grateful for your promise to me.  I pray that you will use me to be a guiding light to those who too are in a similar situation.  Thank you for this season that allows me to draw near to You and mold me into the loving and patient Godly woman you desire for me to become.  Change me Lord.  Change me.

is an author and editor for The Bottom Line Ministries as well as a member of Faith Writers. Currently she teaches high school language arts. She is a mom to four amazing blessings and enjoys every moment life has to offer. Renee has a fervor and drive to learn, she loves to read and spend time with her family, and is involved with her local church ministries. Humbled by God’s gift of words, she has a passion to write what the Holy Spirit has placed in her heart. She hopes to publish her in-progress book someday, but in the meantime, is honored to be placed as part of the TBL writing family and is holding on to the ride wherever God is leading. Renee and her family reside in their country home in Holland, Iowa.
Previous Counting the Cost
Next God is Greater