Breaking News
Home / Faith / Are You a Modern Day Eve? 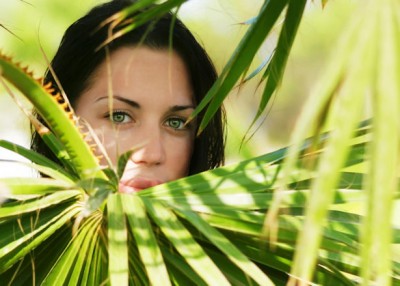 Are You a Modern Day Eve?

The day the devil deceived Eve in the Garden of Eden, was a day like any other. Eve didn’t wake up that morning with a plan to rebel, she went about her day like she always does. It was business as usual. She and Adam were more than likely enjoying each other company as well as reveling in the beauty of Eden. But then an unusual conversation held with a talking serpent changed everything… for Eve and everyone else.

“Did God really say, ‘You must not eat from any tree in the garden’?” (Genesis 3:1) That was the question asked by Satan which initiated the fall of mankind. His question was loaded with such cynicism that it caused Eve to doubt. In answering the question, Eve would have to have gone through the process of separation or elimination. She replied, “We may eat fruit from the trees in the garden, but God did say, ‘You must NOT eat fruit from the tree that is in the middle of the garden, and you must not touch it, or you will die.” (Genesis 3:2-3) She even went as far as to add “touch” to what God said, when He actually didn’t. You can find God’s request in Genesis 2:17.

Maybe Eve was confused—she was definitely curious. Her inquisitiveness got the better of her, and she folded under pressure. She forgot about trusting God, instead her curiosity compelled her to put Satan’s theory to the test. She was eager to find out if eating the forbidden fruit will open her eyes, and make her like God.

“Are you a modern day Eve?”

Is the devil confusing you… stirring up doubts to weaken your trust in God? Is he making sin sensationally appealing? Is he compelling you to test one of his theory? Remember, he’s cunning, sly, and deceitful. When he’s coming, it’s going to be a regular day like any other, so don’t be fooled by his disguise and conniving tricks. We may be decades away from Eve’s time, and her unpleasant demise, nevertheless, its impact is still present today. The devil is just as relevant and active as well.

The devil may be luring you into believing his lies. Take a bite of this fruit called lies, a little lie won’t do no harm whatsoever. Sink your teeth in that fruit called sex, you’ll see that it’s tasty and pleasurable, it won’t kill you. Bite a chunk out of this fruit called envy, you’re not hurting anyone anyways, and you’ll feel just fine. He can go on… and on… and on. He presents such profound cases that it’s hard to see through his lies. That’s why we need Jesus. Plain and simple. Let’s run to Jesus in an effort to avoid becoming a modern day Eve.

What is the devil trying to trick you into doing today? Remember to always run to God in prayer.

Amelia Brown is from the beautiful island of Jamaica. She is a 28 year old Guidance Counselor by profession, but a passionate writer at heart. Most of her articles written are aimed at stimulating positive change under the guidance of the Holy Spirit. She is also a published poet and a member of Faithwriters. Outside of writing, she enjoys volunteering, cooking, and turning frowns right side up. Amelia currently lives in New York.
@ameliambrown
Previous The Shield of Faith
Next Bringing the Curses of God Upon Ourselves