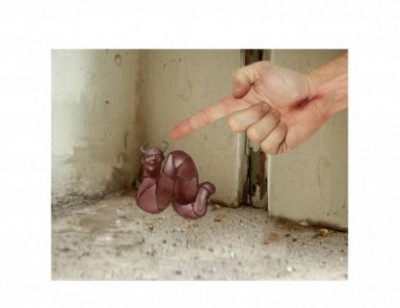 Good Friday–What’s Good About it?

It’s Good Friday, but it doesn’t seem like a lot of good happened on this day nearly 2000 years ago.

The thing is, Christ knew this was going to happen. He came to earth and lived as a man, and just like us, He was concerned about what God wanted Him to do. In anguish He prayed that God would take this cup from Him (Luke 22:42-44). And when Judas and his mob came to get Him, Jesus kept silent even though He could have called several legions of angels to help Him (Matthew 26:53). I can just imagine Satan sitting there with a huge grin on his face, thinking Christ would fold under the pressure–but He didn’t. He did what He came to do.

Even though Christ had to die, it was a good day for those who followed Him.We can now face death with wonder, and amazement, and hope! We will see God one day, and any doubt we have will finally disappear.

The devil is bound and determined to prove that any creature with intelligence will eventually turn on his master to be free of Him. And that’s what Old Satan has been doing for hundreds of years. He has been in the presence of God accusing us and tormenting us, trying to break us. He hopes to prove that we will one day turn against God,  just like he did–but again he failed, just as he did with Moses and Job, Daniel, Shadrach, Meshach, and Abednego and all the other prophets. The accuser became the accused–and with every victory we have over his wiles and ways, he becomes less the threat than what we make him to be.

“How art thou fallen from heaven, O Lucifer, son of the morning! How art thou cut down to the ground, which didst weaken the nations! For thou hast said in thine heart, I will ascend into heaven, I will exalt my throne above the stars of God: I will sit also upon the mount of the congregation, in the sides of the north: I will ascend above the heights of the clouds; I will be like the most High. Yet thou shalt be brought down to hell, to the sides of the pit. They that see thee shall narrowly look upon thee, and consider thee, saying, Is this the man that made the earth to tremble, that did shake kingdoms …”

Here is that great deceiver, the one who has kept us scared and living in fear–but with Christ we needn’t fear any more. His sacrifice made the way clear for us to approach the throne of God, and only though Him can we return to God.

Are you willing to believe that Christ died in your place, and sin no longer has a greasy grip on your soul? Can you leave your sins at the cross and teach others the truths you’ve learned? What can any of us do to help others see the victory we have through Christ’s death and resurrection?

Tim is a self-published author. His genre is Christian Fantasy- he loves the challenge of trying to combine Christian and Fantasy into a novel that loses none of it's spiritual value. Tim has been an active member in every Church he has attended. He has served as Head Usher, a Sunday School Teacher, and a Youth Director, and has also served as a Church Elder. Tim's prayer is that the Holy Spirit will minister through his words, and that his experiences and knowledge will be helpful to someone out there who needs a true friend like what we have in Christ Jesus.
Previous Boost Your Confidence to Talk to Atheists About Jesus
Next It’s Okay to Ask God, “Why?”