Breaking News
Home / Faith / After the Pale Horse: The Rapture and The Tribulation 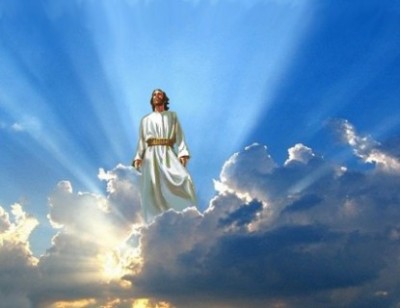 After the Pale Horse: The Rapture and The Tribulation

“This know also, that in the last days perilous times shall come. For men shall be lovers of their own selves, covetous, boasters, proud, blasphemers, disobedient to parents, unthankful, unholy, without natural affection, truce-breakers, false accusers, incontinent, fierce, despisers of those that are good, traitors, heady, high-minded, lovers of pleasures more than lovers of God; having a form of godliness, but denying the power thereof: from such turn away” (2 Timothy 3:1-5).

Last week we covered the ride of the four horsemen, and established what they may signify, serving as confirmation to what we must go through before Christ’s return.

As the hoof beats of the pale horse echo into the distance and this intense period of pestilence and death begins to pass, those who have died for the testimony of Christ and are sitting in The Kingdom of God with Jesus Christ and all the holy angels, will be saddened by so great a loss. They will call upon God to deliver their fellow Christians from any further torture as they face the beginning of the end, and the fifth seal of Revelation will be opened. (Revelation 6:9-10)

“And white robes were given unto every one of them; and it was said unto them, that they should rest yet for a little season, until their fellowservants also and their brethren, that should be killed as they were, should be fulfilled” (Revelation 6:11).

There are other signs and wonders the book of Revelation declares must pass before the Great Tribulation as well. There shall be earthquakes and signs in the sun and the moon; there will be intense meteor showers and the whole world will be shaken with fear that God’s wrath has finally come. (Revelation 6:12-17)

“And after these things I saw four angels standing on the four corners of the earth, holding the four winds of the earth, that the wind should not blow on the earth, nor on the sea, nor on any tree. And I saw another angel ascending from the east, having the seal of the living God: and he cried with a loud voice to the four angels, to whom it was given to hurt the earth and the sea, saying, ‘Hurt not the earth, neither the sea, nor the trees, till we have sealed the servants of our God in their foreheads.’ “ (Revelation 7:1-3)

Once the servants of God are sealed (the 144,000 Jewish messengers that God will leave on the earth during the Great Tribulation), John is surprised by the sudden appearance of a great multitude that appears in Heaven. He wonders greatly at what he beholds:

“After this I beheld, and, lo, a great multitude, which no man could number, of all nations, and kindreds, and people, and tongues, stood before the throne, and before the Lamb, clothed with white robes, and palms in their hands,” (Revelation 7:9).

“And when he had opened the seventh seal, there was silence in heaven about the space of half an hour. And I saw the seven angels which stood before God; and to them were given seven trumpets. And another angel came and stood at the altar, having a golden censer; and there was given unto him much incense, that he should offer it with the prayers of all saints upon the golden altar which was before the throne. And the smoke of the incense, which came with the prayers of the saints, ascended up before God out of the angel’s hand. And the angel took the censer, and filled it with fire of the altar, and cast it into the earth: and there were voices, and thunderings, and lightnings, and an earthquake.And the seven angels which had the seven trumpets prepared themselves to sound,” (Revelation 8:1-6).

Luke 21:36 says, “Watch ye therefore, and pray always, that ye may be accounted worthy to escape all these things that shall come to pass, and to stand before the Son of man.”

No one, not even Christ knows the time or the day or the year that this will all take place, but we can recognize the signs.

What have you done to prepare yourself for that day and time and year of the Lord’s return?

Tim is a self-published author. His genre is Christian Fantasy- he loves the challenge of trying to combine Christian and Fantasy into a novel that loses none of it's spiritual value. Tim has been an active member in every Church he has attended. He has served as Head Usher, a Sunday School Teacher, and a Youth Director, and has also served as a Church Elder. Tim's prayer is that the Holy Spirit will minister through his words, and that his experiences and knowledge will be helpful to someone out there who needs a true friend like what we have in Christ Jesus.
Previous Lessons in the Letters
Next “The Increase of Lawlessness”